DU Cut off 2018 - Delhi University has been released the Seventh cut off on 4 Aug 2018. DU Seventh Cut Off 2018 PDF is available on this page. The cut off for the science, commerce, and arts has been released. There are total five cut-offs which have been released by Delhi University. However, if any of the seats remain vacant in the college then the college will further release the separate cut-offs to grant admission. Delhi University Cut off 2018 is considered as the minimum marks required for the candidates to score in Class 12 board exam to secure admission in the Delhi University for UG Courses. DU Cut off 2018 is calculated on the basis of "Best of Four" formula in which the average of the highest marks in any of the four subject will be considered. After the DU 2018 cutoff, the candidates have to visit the respective colleges with their documents for verification as well as for admission to the college. This page has the information about DU Cut off 2018, schedule of releasing cutoffs, list of documents to be required at the time of admission etc.

Latest Update - Delhi University has released the Seventh cut off 2018. Same is available on this page.

DU Cut off schedule has been released. Along with that, the Delhi University has also released the dates regarding the verification of documents and admission.

After releasing the first six cut-offs, the Delhi University has released the Seventh cut off on 4 Aug 2018. Thus, candidates who could not get admission based on previous cutoffs are suggested to go through the seventh cut off and approach the college for the admission if they meet the criteria. There are total five cut off which have been released by the Delhi University. However, if the seats remain vacant in any of the colleges then the college will release the separate cut off for the admission. After the release of each DU Cut Off List, the students will have a period of three-four days to take the final call and complete the enrollment process.

There is no first come first serve admission procedure, hence, the students are much more relaxed as they do not need to rush to the colleges to get their name added on the first list. If any of the candidates find himself/ herself eligible to be admitted in the college after the release of the cut off then they have to simply get themselves enrolled in the college by depositing the Admission Fee, within the specified time along with verification of documents.

Delhi University has now released the seventh cut off to seek admission in the colleges. Now the next step for the admission is to go for the document verification and pay the admission fee. For the convenience of the student, we have created the steps which they can follow for the DU admission. Steps to be followed after DU Cut off is released

NOTE - Applicants cannot take admission simultaneously in two different programmes or same programmes in different colleges. If any candidates do so, their admission will be cancelled from both the colleges/programmes.

List of Documents required at the time of DU Admission 2018

DU Cut Off 2018 - Important Points to keep in mind

Initial DU Cut Off 2018 is expected to be high

According to the latest figures regarding the seats and competition, it seems that the initial cutoffs will remain fairly high this year. The applications received this year for many of the courses are less in comparison with last year. Hence, it is expected that the Initial Cut Off of DU for this year will be fairly high. The image below shows the number of applications received for each course and the number of seats available for each course. 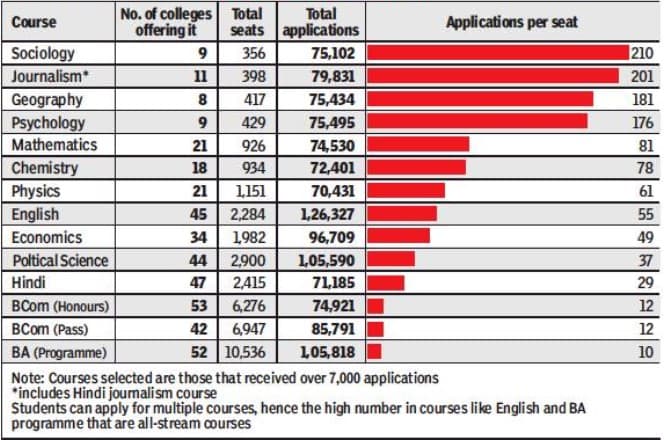 "The First Cut Off List of DU for its undergraduate courses has yet again touched the 100 % with College of Vocational Studies and Indraprastha College for Women this time putting the ceiling at maximum for admission to its BSc (Computer Science) course for general category students."

"College of Vocational Studies and Indraprastha College for Women which had kept the percentage requirement of perfect 100 for admission to BSc Computer Science (Hons) in the first list, revised it to 93-99.5 percent and 95.5-100 percent respectively"

"The highest cut-off for the course is set at 97 percent in ARSD and the lowest 93.75 per cent at Aurobindo College- On declaration of Fourth Cut Off"

"As per Fourth Cut Off list it has been determined that Admissions to English (Hons) are still on offer in Hansraj, Hindu, LSR, Miranda House, Ramjas and SGTB Khalsa College."

"Compared to last year, the increase in cut-offs has been more for science subjects than they have been for commerce and humanities"

Documents Required for admission in DU 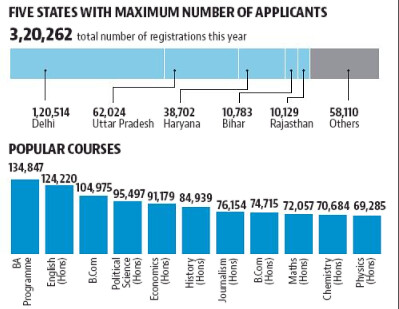 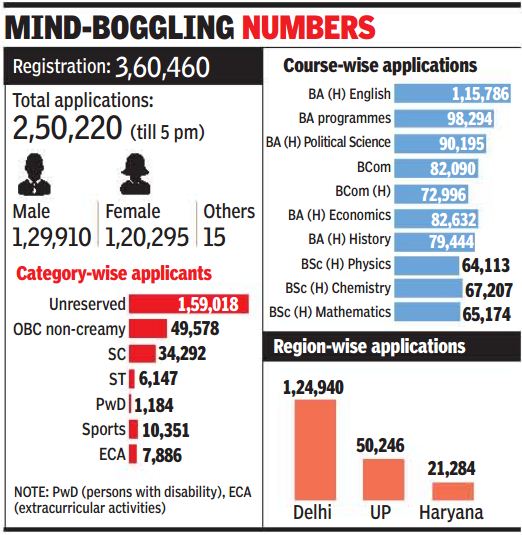 This is the Delhi University Evening College Cut off and students can see that over the past 5 years the cut for even the evening colleges has seen a sharp increase.

In case of any query regarding DU Cut Off 2018, you can write to us in the comment section below.