DU Cut off 2018 for many of the colleges has been released. Many of the students' post-DU cut off gets confused with regard to the admission process. Every candidate knows that meeting the cut off of Delhi University simply means that they are eligible to seek admission in a college and course of their choice but still they find the process of admission conflicting. To elude any confusion related to admission in DU, we the team MOTACHASHMA have prepared an article for the candidates to understand the steps to follow when the DU cut off is released. There would be total five cut-offs which will be released by Delhi University as per admission schedule. This page carries the details about the DU admission cut off, admission process, how to withdraw admission from one college and take in another. 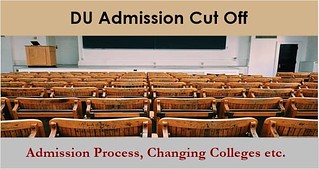 DU Admission Process after the release of DU Cut Off

Delhi University has released the first cut off, the candidates now have to follow the admission process to seek admission in their favourite college and course. Apart from DU first cut off, there would be four more lists. The process of admission in merit-based courses is described in steps. The candidates are suggested to follow the complete steps in order to understand what to do after releasing of DU cut off.

STEP 1 - Ensure Eligibility - The candidates after the declaration of cut off must ensure whether they meet the cut off of the course and college where they are willing to seek admission. After that, the candidates have to log in to the portal by entering their login credentials and select the course and college of their choice to generate the application form for admission.

STEP 2 - Submit Documents -  The second step is to submit the set of original and self-attested photocopies of documents. The candidates have to approach the college and submit the following documents at the time of DU admission -

STEP 3 - Pay Admission Fee - At last the candidates have to log in again on the portal and pay the admission fee online. Once the fee is paid successfully through the link provided in the dashboard of the candidates, the DU admission process to that particular college will be completed.

How to cancel admission in one college of DU and get in another?

If any of the candidates want to seek admission in another college, there is a procedure for that also. Before that, the candidates have to make sure that they are meeting the requisite prevailing cutoff. The procedure to cancel the admission from one college and seek in another is simple. The steps to do so is described below - 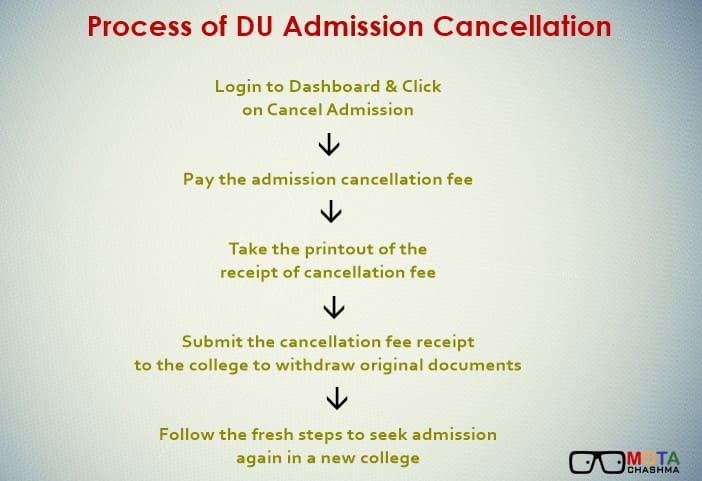 NOTE - In this subsequent admission, the candidate will pay only the balance fee of the new college in which he is taking admission. Any extra amount paid by the student will be refunded after the last date of admission to the bank account of the candidate.

In case of any query regarding the DU Admission Cut Off 2018, you can write to us in the comment section below