Best of Four subjects for DU admission is considered as an important factor. DU Cut off 2019 will be calculated on the basis of "Best of Four" formula in which the average of the highest marks in any of the four subject will be considered. Delhi University calculates the merit based on the marks secured in only four subjects and is popularly known as best of four. However, the students think that calculating Best of Four marks is complex but it is not. The percentage for the cut-off in DU is decided on the basis of marks obtained in the best four subjects in Class 12. The calculation of Best of four differs from course to course which is given on this page. Also, the candidates will be able to clear any doubts regarding the "Best of Four" subject calculations for DU admission.

Understanding the DU Admission 2019 based on "Best of Four" marks

DU cut off for admission in UG courses are calculated keeping "Best of Four" formula in mind. It is the formula in which the average of the highest marks in any of the four subjects will be considered. So the candidates before selecting the best of four should know how the best of four marks get calculated. While calculating the Best of four, the following things need to keep in mind

Calculation of 'Best of Four' subjects percentage for Arts/Humanities will be calculated in the following manner. There will be One language and 3 best academic or elective subjects taken into consideration while preparing the merit list. (The list of language subjects is given below in the table).

For Arts/Humanities Courses:
Now out of the three electives/ academic programmes (opted by candidates in class 12), one of the subjects must be same as that of the course candidates is applying for the admission. If the elective/academic programme is not similar to the intended course, then there will be a deduction of 2.5% after the calculation of Percentage of best of four Subjects in DU Admission 2019.

For Language Honours Courses: In case the candidates are applying for the admission to Honours in any language programme then the advantage of 2% (Increment) will be given to those candidates who have studied that particular elective language (same as that of one candidate has applied for) in class 12. And in case the candidates have not studied the language in their earlier qualifying exam they are applying for admission in DU (Hons.) course, then they have to undergo the deduction of 5% while calculating the best of four subjects. Example for the calculation of "Best of Four" -  Arts/Humanities Courses

Basics of the Calculations of Best of Four Subjects DU

Examples of "Best of Four Subjects" in DU Admission 2019 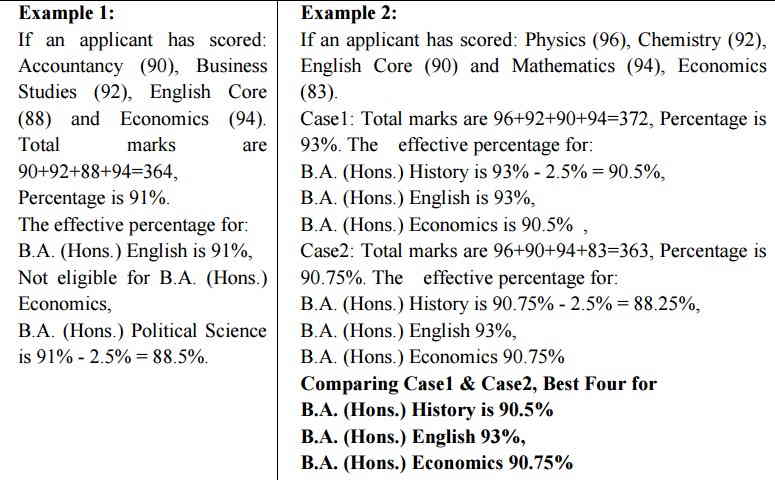 For BCom & BCom (Hons): Calculation of 'Best of Four' subjects percentage is defined below. FCandidates must note that the all the subjects included in making the "Best of Four" calculations must have minimum 70% of theory part and the candidates seeking admission to BCom (Hons) must have passed Mathematics/Business Mathematics in qualifying examination or in Class 12. 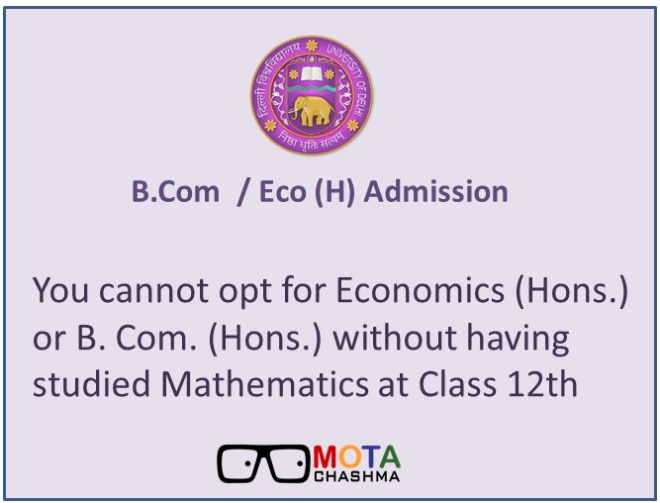 Example for the Calculations of Best of Four Subjects 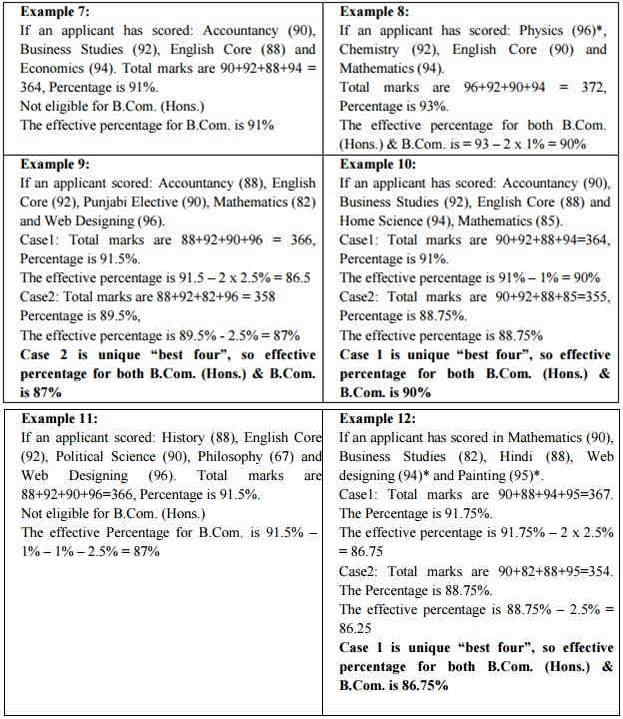 For Admission to BA Programme: The listed below criteria for the calculation for the Best of 4 subjects is to be followed for the DU Admission 2019. All subjects to be included in the calculation of ‘Best Four’must have at least 70% theory component of the exam. In case, the subject to be considered does not have 70% theory component and 30% practical component, then the marks of theory and practical only shall be converted to 70% and 30%. 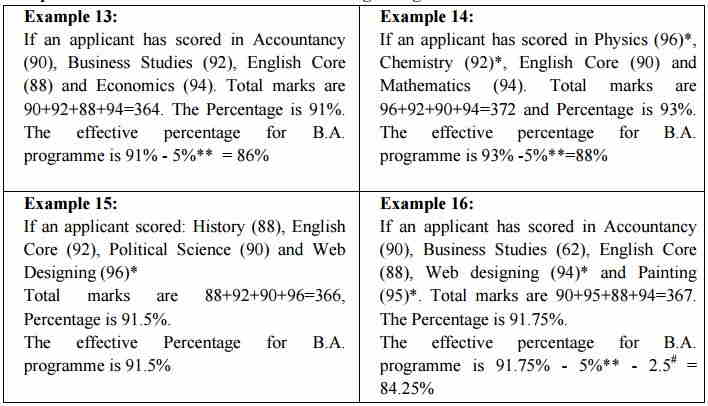 The Basis of Selection for Mathematical Sciences/Science/Home Science courses remains same as per the table is given below. The candidate must have secured 70% in PCM/PCB/PCMB theory exams in the qualifying exam. In case, the subject to be considered does not have 70% theory component and 30% practical component, then the marks of theory and practical only must be converted to 70% and 30%, respectively on pro-rata basis. These new marks will then be considered for calculation of PCM/PCB.

In case of any query related to DU Admissions 2019: Percentage Calculation of Best 4 Subjects in DU,  you can write to us in the comment section below.