Latest Update: DU has scrapped the proposal to conduct entrance exam for admission to UG Courses

The admission in the Delhi University for the undergraduate courses is still invited on the basis of Class 12 merit only similar to the one carried in last year admission process. The admission process will continue to stay online but now each aspirant will be allowed to submit only one form. The authority has also decided to make Aadhaar mandatory for the application level.

What are the reasons for the abundance of the plan?

What has officials to say about the delay in the DU Admission process? 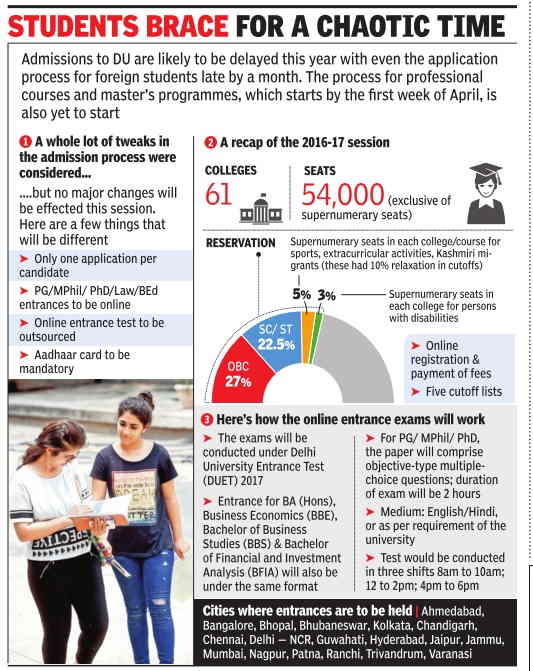 For any queries related to this news, You can write to us in the comments section below.