Minority Scholarship in India was started from the year 2006 when Prime Minister’s New 15 Point Programme for the Welfare of Minorities was announced. It stated that scholarship schemes for meritorious students from the minority communities would be implemented in India.

Minority Scholarship application form can be downloaded/filled online by visiting the respective links given below. 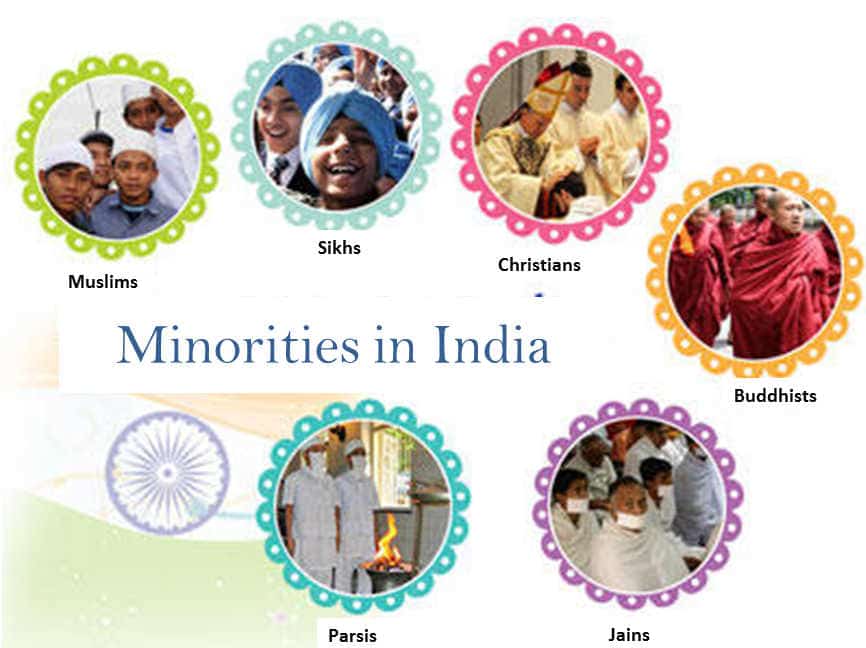 How Many students availed the Minority Scholarship in 2018

Total Students who have received the minority scholarship - As per Mukhtar Abbas Naqvi, Minority Affairs Minister, approximately 25.2 million students in past 4 years have availed the three scholarships - Pre-Matric, Post-Matric and Merit-cum-Means based scholarships. Out of the total students, 50% are girls

This minority scholarship is provided by Ministry of Minority Affairs provide financial aid to students from Class 1 to Class 10  who belong to the minority community and are from economically backward families Under Pre-Matric Scholarship Scheme. It covers two components i.e.course fee/ tuition fees and maintenance allowance and is directly credited to the bank account of the school. Ten months of maintenance allowance is also paid directly to students. Renewal is subjected to a minimum score of 50% in the previous examination.

Apart from renewal, every year 30 lakhs new scholarships are provided to the candidates whose family income is less than 1 lakhs per annum, a further 30% scholarship is only reserved for girls. The scholarship amount under MOMA Pre Matric Scholarship is Rs. 10,000-10,700 per annum.

Ministry is making efforts for Direct Benefit Transfer under Pre-Matric Scholarship scheme by linking with the parent’s account under “Jan Dhan Yojana” as the younger children in schools do not have a bank account. Click here for complete details on  MOMA Pre-matric Scholarship Scheme.

This minority scholarship is provided by Ministry of Minority Affairs provide financial aid to students from Class 11 (studying in government or private schools)  up to Ph.D. level and who belong to the minority community and are from economically backward families. The full tuition fee of the course is covered and is directly credited to the bank account of the school/college/ university/institution. Ten months of maintenance allowance is also paid.

Under MOMA Post Matric Scholarship, every year, 5 lakhs fresh scholarships are distributed to the candidates whose family income is less than 2 lakh rupees per annum. 30% scholarship is also reserved for girls. The scholarship amount under this section is from Rs. 5000 to Rs. 16,000 per annum.

Renewal is not subjected to any terms and conditions. Online Scholarship Management was made operational for the post-matric scholarship since 2014-15. Click to get complete details on MOMA Post Matric Scholarship scheme.

This minority scholarship is provided by Maulana Azad Education Foundation (MAEF), an autonomous body under the Ministry of Minority Affairs provide financial aid to Post Graduate students who belong to the minority community and are from economically backward families who wish to pursue higher studies such as regular and full-time M.Phil/ Ph.D. degrees in Sciences, Humanities, Social Sciences and Engineering & Technology. The total fellowships offered are 756 out of which 35 are reserved for physically handicapped.

From 2018-19 session, the number of scholarships distributed to the candidates has increased from 756 to 1,000. The maximum limit of family income is also increased from Rs 2.5 lakhs per annum to Rs 6 lakh rupees.

This minority scholarship is provided by Maulana Azad Education Foundation, and it offers the scholarship to Girl students belonging to National Minorities who have completed their secondary education and secured regular admission in class 11. Selected students will receive Rs.12,000 each (Rs. 6000 in Class 11 and Rs. 6000 in Class 12) as reward money. After successful completion of class 11, the scholars have to send the renewal form to the Foundation Office for availing the second instalment of their scholarship i.e. Rs.6000 in class 12. The scholarship is given to 35000 girl students every year. Click to get complete details on Maulana Azad Scholarship for Girls

West Bengal Talent Support Stipend Scholarship or commonly known as TSP is offered by The West Bengal Minorities Development and Finance Corporation, and TSP is one of the latest initiatives by Government of Bengal to provide financial Support to the Minority Students of West Bengal who have passed their last final examination having less than 50% marks. In TSP scheme 30% quota has been earmarked for the girl student belonging to the minority group. The Students eligible for this stipend will be awarded one time in a year.

Other Initiatives for the Minority Students by the Ministry

It is a scheme under interest subsidy is provided on educational loans to minority students for higher studies. The scheme became operational through Canara Bank during 2014-15. Till December 2014, Rs. 2.28 Crore has been released benefitting 573 candidates.

This scheme of the Ministry prepares the minority students for professional courses and higher services. Since 2007-08 till date, about 50853 students have been provided coaching in reputed institutions.

During 2014-15 till 19.12.2014, total 444 students have been awarded financial assistance for clearing Prelims exams conducted by UPSC/SSC and State PSCs and an amount of Rs. 128.50 lakhs was released.

Statistics Regarding the Minority Scholarship

The Statistics are for the following courses, aggregate for all the states & UTs In case of any query regarding Minority Scholarship, you can write to us in the comment section below.