NEET Score a compulsion for admission to BHMS, BAMS and BUMS Course from 2018

Medical Admission and Colleges in India

AYUSH, is a governmental body in India purposed with developing, education and research in Ayurveda, Yoga, Naturopathy, Unani, Siddha, Homoeopathy, and other Indigenous Medicine systems.  The announcement was made on Friday by the Minister of State for Ayush, Sripad Yesso Naik at the health editors’ conference in New Delhi.

Latest Update: As per the latest announcement, close to 36,000 seats are available under the AYUSH system for various UG courses and for state universities to conduct entrance examination individually.

Register Here for Free SMS Alerts about BAMS, BHMS Admission Based on NEET 2018 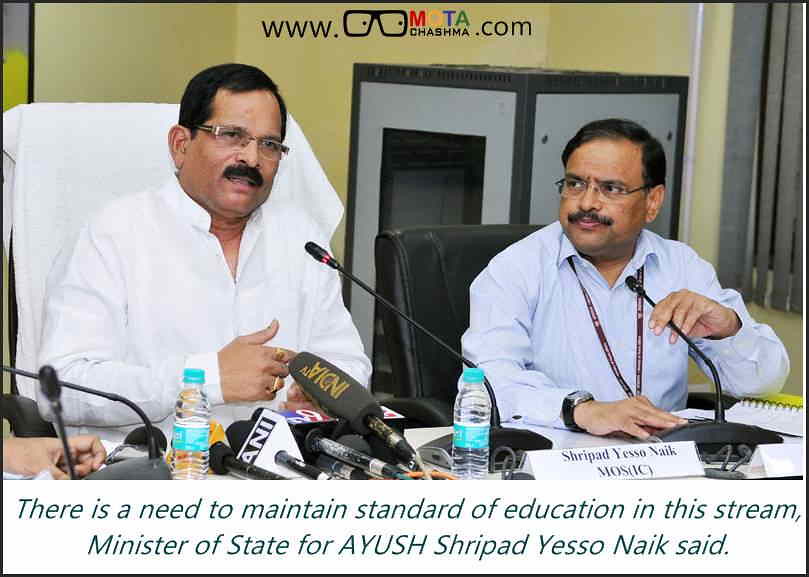 The decision was taken to standardise the admission procedure and attract meritorious students to the AYUSH (Ayurveda, Yoga and Naturopathy, Unani, Siddha and Homoeopathy) stream. The Ministry of AYUSH has sent advisories to all state governments in this regard. Minister of State for AYUSH, Mr Shripad Yesso Naik said that "the demand for Ayurveda, homoeopathy, naturopathy and Unani medicines and yoga has increased worldwide and the number of students pursuing such courses has also risen. So there is a need to maintain the standard of education in this stream". He further said that after NEET is introduced, no more private examinations would be conducted to fill seats in any of the AYUSH colleges.

The Centre had announced in February 2017 that admissions into AYUSH courses would be through the NEET, but could not implement it from this year (2017) after states raised objections to it. 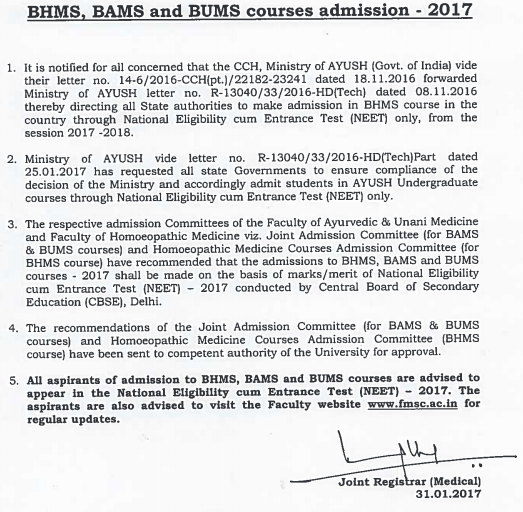 What did the previous Notification issued by the Ministry of Ayush Says?