UP CPAT 2017 will be conducted by Lucknow University as per the latest notification released. There is a common admission process for admission into all Homeopathy and Ayurveda Colleges in Uttar Pradesh. The counselling process will be common for Government and Private colleges in Uttar Pradesh. Earlier, it was decided that the admission into these programmes would be done based on NEET scores but later on, the decision got withdraw and it is decided that the admission would be done through Combined Pre Ayush Test (CPAT). Scroll down for the complete details of UP CPAT Admission 2017.

About Bachelor in Homoeopathic of Medicine and Surgery (BHMS)

Negative Marking in UP CPAT 2017 for BHMS, BAMS, BUMS Admission 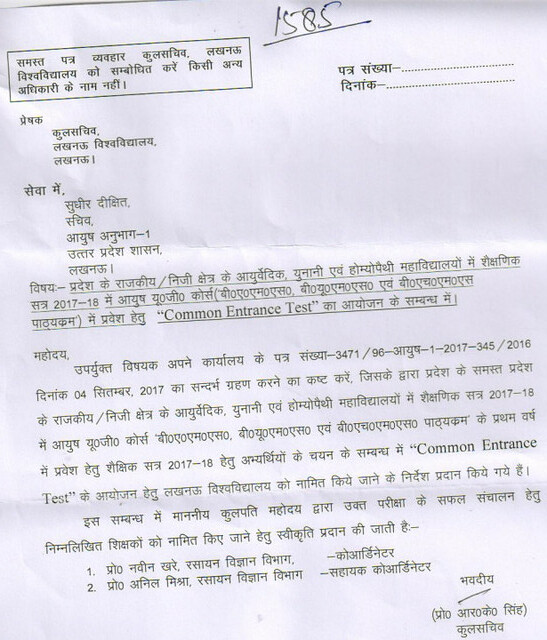 Register Here for Free SMS Alert and we will send you an SMS as soon as the applications start for the course. 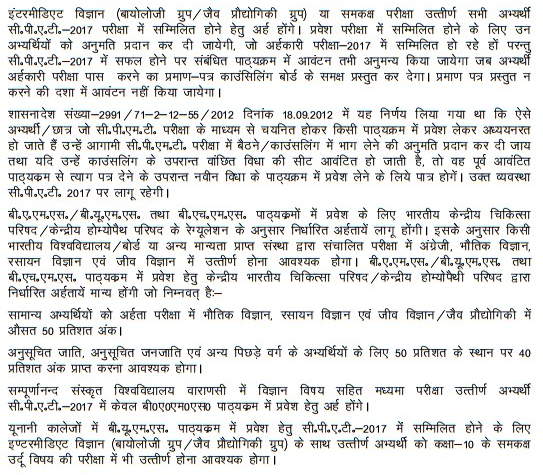 UP CPAT 2017 Result and Counselling

UP Combined Pre Ayush Test (CPAT) will be declared after the exam. The selection of the candidates will be done based on the scores they received in the qualifying examination.

The admission will be based on the Common Entrance Test whose detailed schedule will release soon.

"ACCORDINGLY, THE STATE GOVERNMENT IS DIRECTED TO CONDUCT COMMON ENTRANCE TEST FOR MAKING ADMISSION TO VARIOUS AYUSH UNDERGRADUATE COURSES IN THE STATE OF U.P. AND COMPLETE THE PROCESS OF ADMISSION BY 30 SEPTEMBER 2017" 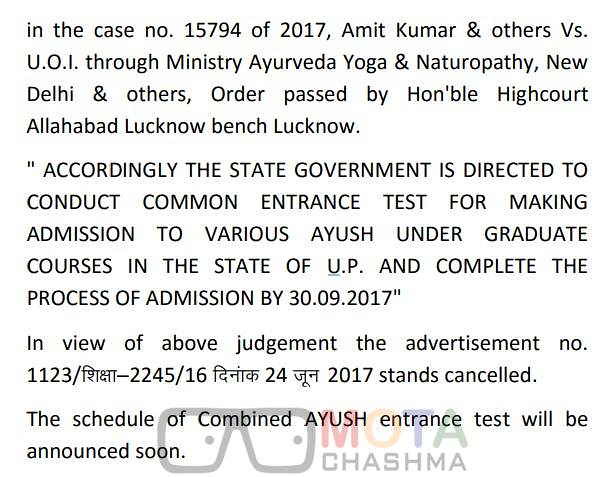