CLAT Result 2018 has been announced today on 31 May 2018. The Direct Link to check CLAT Result 2018 is available towards the end of this page. CLAT Result contains All India Rank (AIR) and CLAT Scorecard. The candidates are required to log-in using their registered Email Id and date of birth to check CLAT Scorecard 2018. CLAT 2018 Result is declared on the official website of National University of Advanced Legal Studies, Kochi.  CLAT result is prepared on the basis of CLAT Final Answer Key; whereas CLAT Merit List 2018 will be prepared on the basis of CLAT Rank secured by the candidates and their category. The qualified candidates in CLAT 2018 will be called for CLAT counselling 2018 and based on that admission will be placed into 19 NLU’s. CLAT Counselling 2018 Schedule has already been released by the NUALS, Kochi. This page gives information on CLAT Result, Counselling details, Cut off, toppers name and other relevant information. Scroll down to get complete details on CLAT 2018 Scorecard.

Around 54,000 students appeared in Common Law Admission Test which was conducted on 13 May 2018 by NUALS, Kochi for admission into 19 National Law Universities. Apart from the NLUs, there are 43 other private Law Institutes/colleges those accept CLAT Score. CLAT Answer key 2018 has been released. 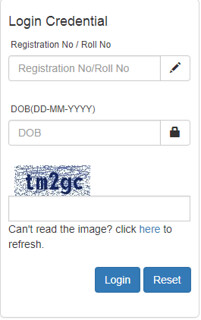 After downloading CLAT 2018 result, test takers will be able to view the following details

If two or more candidates obtain equal marks, then the exam officials will use the processes below in the following order to break the tie -

To qualify for the admission rounds of the various NLUs and other participating institutes, test takers must obtain the minimum CLAT cut off 2018 scores. Along with the category of candidates, CLAT cut 2018 off scores will vary. Based on various factors the cutoff scores of CLAT 2018 will be prepared, which are – difficulty level of the test, total number of candidates and total number of seats in each institutes. To know more about CLAT Cutoff, check the table below

Through a centralised online CLAT counselling process, admissions to the 19 NLUs will be conducted. Based on candidate’s ranks and preference of NLU, seats will be allotted. Also, apart from the NLUs, there are other institutes who will allot seats to test takers as per their performance in the test. As per the official notification, there will be a total of three CLAT counselling rounds. To get admission into the allotted institutes, candidates must make sure that they complete the entire admission procedure and provide all the necessary documents.

CLAT Toppers 2015: " Aakash Jain of Madhya Pradesh has topped the CLAT 2015 Examination for entry to 16 national law universities. Neha Ludha (all-India rank 9) of Rajasthan has topped the female category with 128.5 marks. "Among top the 2,000 shortlisted candidates for admission to the undergraduate course, 1,181 are men and 819 are female. There are 2,204 UG seats and 514 PG seats in 16 National Law Universities."

In Case of any query regarding CLAT Result, the students can write in the comments section below.