Rashtriya Military School is only for boys. It is affiliated to CBSE, New Delhi, and is a fully residential school. They under the aegis of the Ministry of Defence and are only for the wards of Defence personnel. 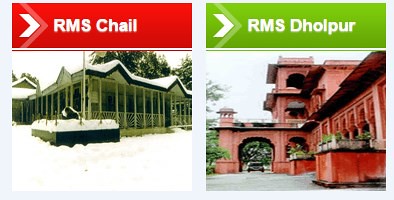 Admission to Rashtriya Military Schools is based on the following

Marks obtained in English will not be counted for preparing the final merit list.

The result for the written test is available on the official website that is www.rashtriyamilitaryschools.in  and the students whose name appear in the Merit list will appear in the Interview for final selection.

Reservations offered to the wards of Defence Personnel for the selection procedure:

You can also read about

The Central Governing Council (CGC), Headed by the Defence Secretary, Ministry of Defence