MHRD has released the ranking of Engineering colleges for the year 2017 and there is no surprise that the IIT Madras holds the number one rank in the list. The ranking of the colleges for the year 2017 has been released by the Union Minister of Human Resource, Mr Prakash Javadekar on 3 April 2017. The parameters used for the Ranking 2017 are almost similar to those used last year. However, at the level of the details, some of the sub parameters have been modified for a more efficient system of the rankings.

As per the resources and the news, the list of the ranking of the institutes has been prepared with extra by a team of experts. That is why, no one has raised fingers on the ranking charted out by the National Institutional Ranking Framework (NIRF), working under his Ministry. 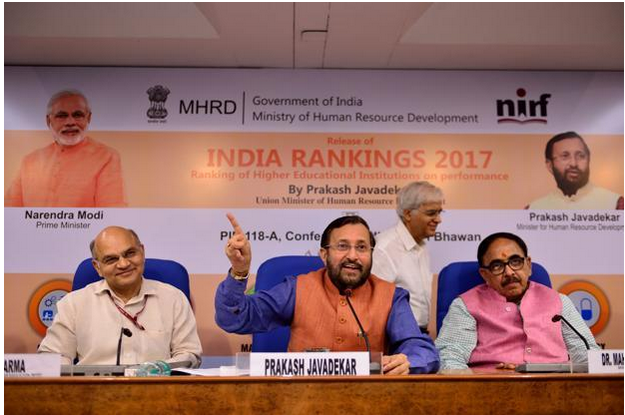 The table below shows the list of top 10 list of engineering colleges in India where the first position is bagged by the Indian Institute of Technology, Madras. There are total 7 IITs in the list. Check the complete 10 list of colleges.