The VCI has mentioned in the official notification that the All India Pre Veterinary Test (AIPVT) is not going to be conducted by the VCI this year due to some administrative reasons. The Veterinary Council of India (VCI) has been conducting the AIPT every year. The official notification has been released for the candidates who desired to get admission in Bachelor of Veterinary Science and Animal Husbandry (BVSc & AH) course under 15% seats on all India Quota for the academic year 2017-18. 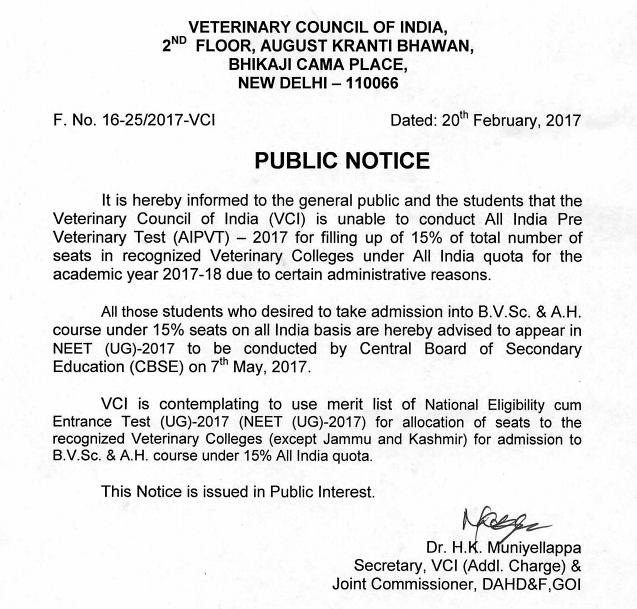