AICTE (All India Council for Technical Education) bans GB Pant Engineering College (GBPEC) Admission for 2017-18 Admissions as the college has failed to file a compliance report on lack and the shortage of different resources as pointed by a committee that has claimed that the college campus has many deficiencies and lacks the basic infrastructure.The college had already enrolled 200 students for the academic session 2017–18 before getting the official notice. The HOD of Humanities and Applied Sciences Joshil K Abraham said that, as the students have taken the admission so now it can be a dicey situation for them. 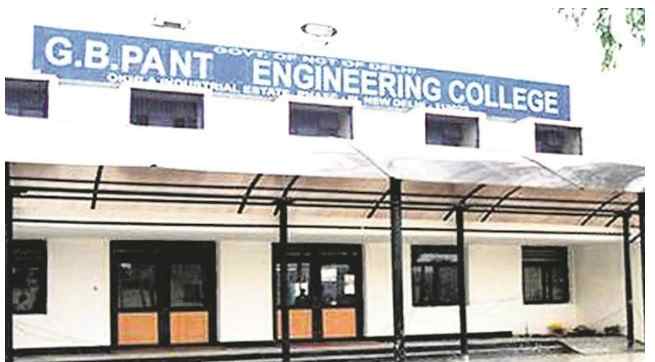 The committee claiming all this is Standard Appellate Committee (SAC), set up by the Apex regulatory body for technical education. It formed a report on this case on September 20, the report states that the college lacks the common facilities like a research laboratory, sick room, principal’s quarter and common room for both women and men. Hostel facility was also not available in the college.

According to a notice signed by the director of AICTE (All India Council of Technical Education) dated October 11, “Since the Institute representatives have not submitted the compliance report the committee recommends no admission for the annual year 2017-18.” It did not stop here and mentioned that “continued deficiencies would adversely affect the quality of education”.  SAC also said that there is “less” space from the comparatively required space for some areas like seminar hall, classrooms, laboratory, cafeteria, toilets etc.

Required documents were not submitted on time

Some documents like occupancy certificate and structural stability certificate were also not present at the time of need to the committee, as stated in SAC report. The land documents and approved building documents were also not available. There was already a protest going on in the college for the requirement of a campus since March. On that Chief Minister, Arvind Kejriwal admitted that there was a “valid case of corruption” and the land belonging to the college would be given back. On this note, the protest was called off on 29th April.

After saying all this he stepped back and said that he has never committed anything like this. So, the college has now filed a writ petition in Delhi High Court through lawyer Prashant Bhushan which will come up for hearing on Monday.