There will be a total of 150 questions for all the three subjects mentioned above, each section consisting of 50 questions.

If a candidate is not satisfied with the key answers, he/she has an option to challenge the answer key and report the same to the Deputy Registrar (Secrecy) H.P. University, Shimla-5 through fax No.0177-2831269 before the due date. 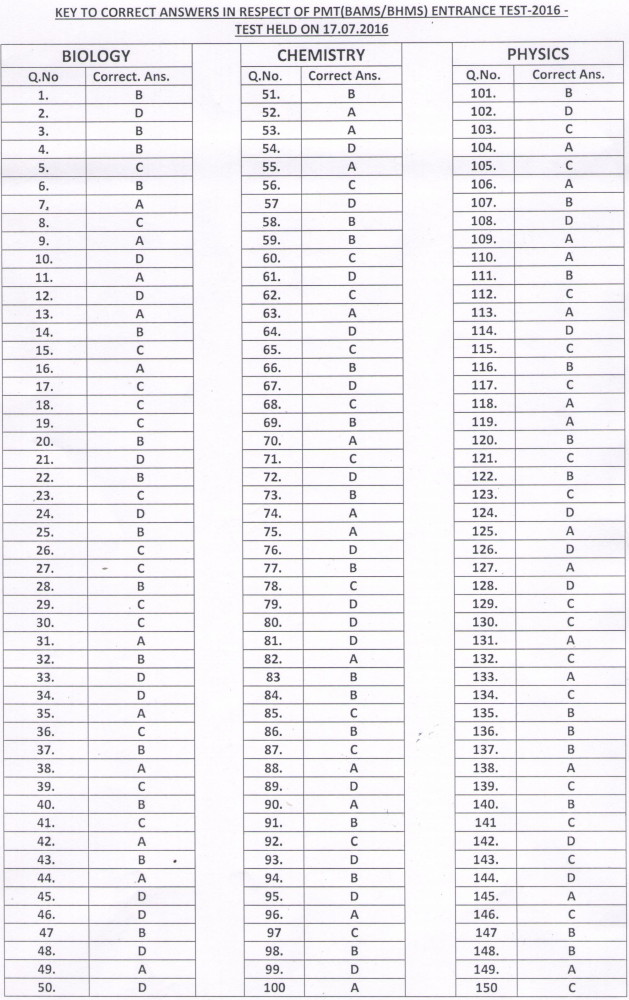 Himachal Pradesh University BAMS/BHMS Answer Keys can be challenged by the candidates if they found any kind of change in their answer. The students must send the correct form of their answer with documentary proof, if any to the following address: