NEET 2017 is now again in the state of prominence with two major changes. The Supreme Court has allowed the medical aspirants of 25 years old and above to appear in the NEET. entrance exam. Therefore, the candidates of above 25 years old are also eligible to give NEET Test. In addition,  the last date to apply for the NEET Entrance Exam date has also been extended. The last date to fill the NEET Application Form is now 5 April 2017. Therefore, the Supreme Court has directed the CBSE, conducting body to open the online portal from the evening of 31 March 2017 so that the candidates who have not applied yet can apply now.

CBSE, the conducting body of NEET will provide All India Rank of the candidates to Ministry of Health and Family Welfare, Govt. of India that will be ultimately provided to admitting authorities for admission. 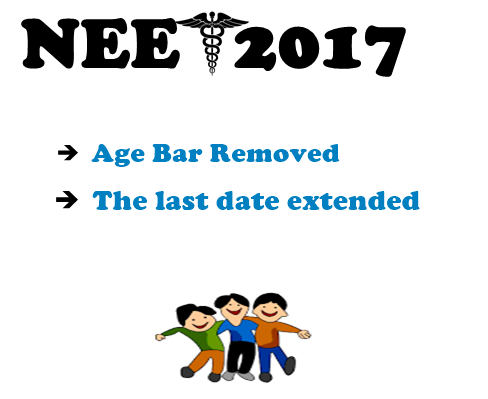 Opinions of the officials about this news on NEET