The International Junior Science Olympiad (IJSO) is an international academic competition that is conducted annually. It is known for its intricacy as it requires a wide knowledge range in of Physics, Chemistry and Biology. Top students from each country are selected for the competition and each gets a chance to compete with their counterparts from across the globe.

Director of Allen Career Institute, Brajesh Maheshwari said “About 300 meritorious students aged up to 15 years, from 50 countries participated in IJSO-2017 wherein 6 students represented India. It is a proud moment for all of us that all the 6 students were from ALLEN Career Institute. Mudita Goyal, Akhil Jain, Subarno Nath Roy and Kunal Samanta won gold medal whereas Niyati Mehta and Aadarshraj Sah bagged silver and brought glory to the nation. This is the first time in the history that 6 six students from a single Institute represented India in an International level competition and won gold and silver medals.” 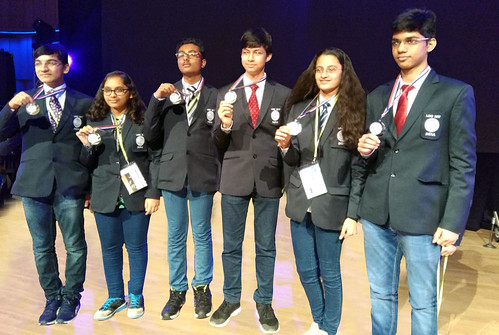 The aim of IJSO is to encourage further development of scientific knowledge within precocious and talented students while allowing them to both cooperate and socialize with each other. Through this, the competition hopes to foster passion, knowledge and communication within potential future scientists.

The Junior Science Olympiad program is conducted in 5 stages;

International Junior Science Olympiad (IJSO) includes two individual theoretical tests, followed by a practical. During the Science Olympiad, they test their knowledge and skills in physics, biology and chemistry. This year’s theme was ‘Water and Sustainability’. At the same time, the IJSO 2017 Foundation aimed to increase the interest in exact sciences among secondary education students.