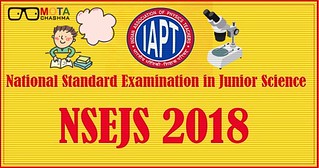 Students who are applying for NSEJS can also apply for ANTHE Scholarship exam for class 8-10 students. The scholarships would be given based on the exam that will be conducted on 28 October. More than 3 Lac students applied for the scholarship exam last year. 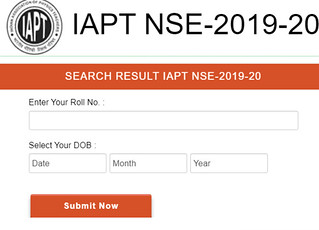 Students have to enrol for NSEJS at the nearest centre registered for the NSEJS Exam. The detailed list of the test centres along with the phone numbers are given below.

NSEJS Admit Card will be available to download for the candidates to appear in the examination scheduled to be conducted on 17 November 2019. The dates for the same will be notified later.

NSEJS exam will be conducted in around 800 centres across India on 17 November 2019 between 10 AM and 12 AM. The selection criteria depend upon the evaluation of marks attained by the participants in the NSEJS Exam. The NSEJS Syllabus is broadly the same as the CBSE syllabus up to class 10 and thus, provides participating students to broaden the horizon of their knowledge. NSEJS Result 2019 will be declared shortly after the exam. Candidates can check their roll number and total marks obtained here.

The syllabus for NSEJS is broadly equivalent to the syllabus of secondary level Class 10 of CBSE. There are different basic subjects of Science i.e. Physics, Chemistry, Biology and Math which may have roughly equal emphasis. Only the basic guideline for the course is mentioned as there is no specific syllabus is prescribed for NSEJS.

There are so many books available in the market which are specially for the preparation of NSEJS exam. The NSEJS books contain relevant topics related to Physics, Chemistry, Biology, and Mathematics. The interested candidates can prepare from the NCERT books as well for their NSEJS Exam preparation.

Candidates can read about International Junior Science Olympiad below:

Achievements: In the 14th International Junior Science Olympiad (IJSO) which was held in the Netherlands from 3 to 12 December 2017, Indian students bagged four gold and two silver medals.