Common State NEET Counselling for Medical: MoHFW as per the latest press release of 11 March 2017 given below this page. The NEET has already become the compulsory and only entrance exam for the admission in MBBS/ BDS courses. So now the Ministry of Health and Family Welfare took one more step towards One India One Exam and made the provision for the common NEET counselling at the state level for the admission to medical courses at the UG and PG levels. As per the revisions made in the guidance of MCI, the assigned authority at the State/ UT level shall conduct common counselling for all the medical institutions in the State whether it is established by the Central Government, State Government, University, Deemed University, Trust, Society, Company, Minority Institutions or Corporation. 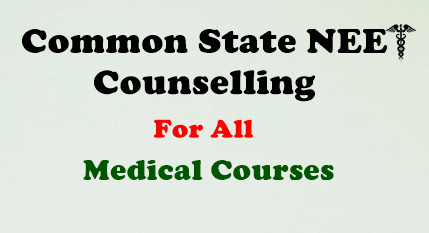 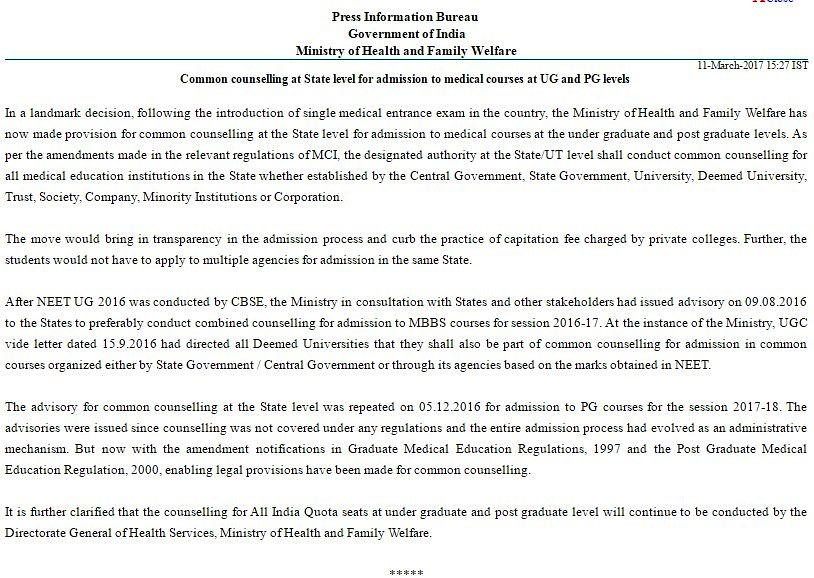 Also Read About - NEET Counselling conducted by DMER in Maharashtra

For any queries related to NEET Counselling Latest Updates, you can write to us in the comments section below.