CLAT Result is declared to seek admission into prestigious law colleges in India including 19 National Law Universities, 43 others privates’ institutes and several other privates’ university accepting CLAT score. We are providing you with the latest update on CLAT Result 2018 which has just declared by the National University of Advanced Legal Studies, Kochi for CLAT 2018 which was conducted on 13 May 2018. Approximately 60,000 candidates registered for CLAT 2018 and around 54,000 students appeared in the exam. The candidates who were waiting for CLAT 2018 Result can now check the same and also download scorecard. Check CLAT Score Card online, Cut off and Counselling details. Scroll down to get an overview of CLAT 2018. 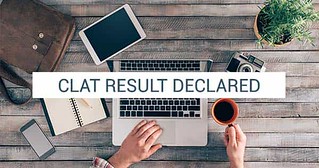 CLAT Controversies - Since its Inception

In the span of 10 years, Common Law Admission Test was surrounded with various controversies. The applicants alleged for poorly conducted CLAT 2014, whereas in 2009, CLAT was postponed due to rumours of the leak of Paper. CLAT was also in centres as the answer key was released with several error and questions were out of syllabus in the same year.  CLAT 2018 was no exception. The candidates reported several technical issues including screen went black on various occasion, encrypted questions displayed on the screen etc. while writing CLAT.

In case of any query regarding the above news, you can write to us in the comment section below.