B-Schools not granted Autonomous status and still come under AICTE

According to the news, the PGDM institutions will remain under the edge of AICTE until another regulatory body or AICME is arranged to regulate B-schools. The MBA/PGDM institutions in Delhi have been battling since long for self-determination and autonomy of their institutions since the year 2010. There are more than 350 self-financed B-schools across the state who has been arguing that the council cannot invade into their freedom and the autonomous status to be granted to them.

Many of institutes are already functioning as self-financing institutes for five decades. But in this extended battle of freedom, the All India Council for Technical Education (AICTE) remains motionless towards the PGDM institutions. In the year 2011, the Supreme Court had stayed the AICTE’s notifications in favour of the institutions that direct B-Schools to withdraw their call for self- determination which was related to admission, examinations, fees, etc. 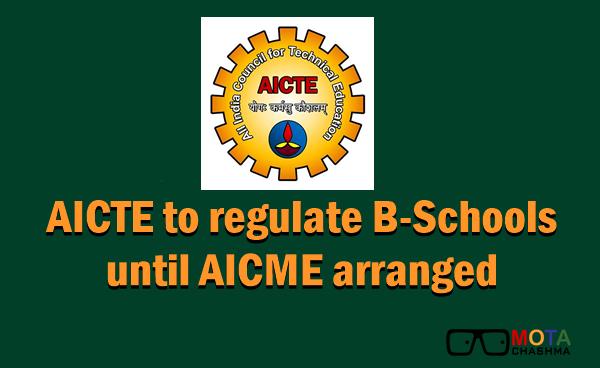 The Education Promotion Society of India and Association of Indian Management Schools had appealed to the Supreme Court through by favouring the institutes in 2010, therefore challenging the AICTE's notification. It has been acknowledged that following the AICTE notification, the group of institutes had approached the HRD ministry but was unable to provide the result.

What is the workable solution for this?

Although, the outcome of the problem is Indian Management education will remain under the edge of AICTE until the new regulation body is introduced or AICME is created for the B-Schools.

For any queries related to B-Schools Admission, you can write to us in the comments section below.