The Mathematical Olympiad Programme in India, which leads to participation of Indian students in the International Mathematical Olympiad (IMO), is organized by the Homi Bhabha Centre for Science Education (HBCSE) on behalf of the National Board for Higher Mathematics (NBHM) of the Department of Atomic Energy (DAE), Government of India. This programme is one of the major initiatives undertaken by NBHM. Its main purpose is to spot mathematical talent among pre-university students in the country. 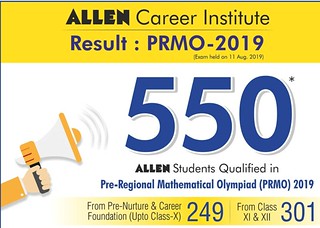