NATA Admit Card 2018 is released by Council of Architecture (COA) on 17 April 2018. The candidates can download their (National Aptitude Test in Architecture) NATA Hall Ticket from this page by entering their application number and password. The admit card is issued only to the candidates who have filled the application form correctly and submitted the same by paying the required application fee. NATA is a National Level Architecture exam conducted by Council of Architecture (COA) for admission in five years B. Arch Course in various colleges across India. Only the candidates with the admit card will be allowed to appear for the exam on 29 April 2018. NATA is more like an eligibility test for admission into the Architecture Course. There is no common counselling for NATA.This page gives the complete details on the NATA Admit Card 2018 such as downloading the admit card, essential instructions to be followed at examination hall etc.

NATA Admit Card 2018 is available to download from 17 April 2018 for the exam which would be conducted on 29 April 2018. The candidates can download the admit card by following the link given and log in using their Application Number and Password. 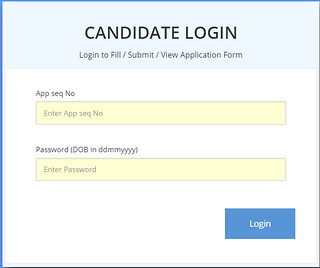 After downloading the NATA admit card, the candidates are advised to keep it safe for future use. A seat indicating NATA Roll Number will be allocated to each candidate. Candidates must find out and occupy their assigned seat.

Check these details on NATA Admit Card and Verify

The errors and problems are not something common with the hall ticket. However, if any candidate comes across any of the issues like a misspelt name, exam centre not specified or the choice of the subjects not mentioned, they can report to the authorities immediately.

If the candidates are not able to download the admit card, then they do not need to be panic. It could be due to several reasons. The problem could be with their login details. So that the candidates need to check that whether they are typing correct application number and password. In case if the candidates have forgotten either, use the Forgotten Password or Forgotten Username facility to retrieve them.

The candidates appearing in the exam would be given a choice to choose any three test centres of their choice while filling the application form.  There are total 136 cities where the NATA 2018 exam will be conducted. Among the list of centres, Dubai is the test centre falling outside India. The complete list of NATA 2018 Test Centres is given here.

NATA Result 2018 will be declared on 1 June 2018 by the Council of Architecture. The candidates who appeared in the exam will be able to check their result and download their scorecard. NATA Result 2018 will be declared in the form of NATA Scorecard which will be available in the e-format. NATA 2018 is a one-day test (in two parts) for the academic session 2018-19. NATA 2018 exam will be conducted on 29 April 2018 across 135 cities in India and one in outside India. The candidates are suggested to scroll down below to download the scorecard.

How to prepare for the NATA Exam after downloading Admit Card?

There is only one month left for NATA Exam, give importance to following points while preparing for the exam.

For any queries related to NATA Admit Card 2018, You can write to us in the comments section below.