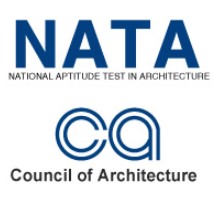 NATA 2018 is a national level architecture which is conducted by COA (Council of Architecture). National Aptitude Test in Architecture is organized to select the candidates for five years B.Arch course in various colleges across India.  NATA is an eligibility test for securing admission into the architecture course. The scored marks will be valid for the admission in academic session 2018-19 only. The scores help a candidate to secure admission in government, government-aided/unaided architecture institutes in India. The result for NATA 2018 has been declared on 7 June 2018 by COA. Candidates can get it downloaded by entering their application number, password and security pin.

NATA measures the drawing and observation skills, sense of proportion, aesthetic sensitivity and critical thinking ability related to Architecture. There is no common NATA Counselling and students have to apply to individual architecture colleges on the basis of NATA Score Card. There are around 387 architecture colleges that accept NATA score for admission into B.Arch, B.Planning Course.  About 80,000 students appeared in NATA in 2016 and nearly 1 Lakh students in 2017.

Age Limit: Council of Architecture has waived the lower age limit for appearing in NATA 2018. However, the candidates have to fulfil the age restraints that may be specified by the respective counselling or admission authority.

NATA Application Form can be filled with three steps. They are as follows:

NATA 2018 Admit Card will be available from 16 April 2018. The candidates who have filled and submitted the NATA Application Form will be able to download their NATA Admit Card and appear with the hard copy of the Admit Card on the day of the exam.

The application fee for the General and SC/ST category is different. The candidates are suggested to pay the fee accordingly. The payment of the fee would be done through online mode. The fee amount is given in the table below

NATA response sheet has been released on 17 May 2018. Answer key of NATA was released on 18 May 2018. The result contains the details about the marks obtained out of 200 in each component by the candidates and whether the candidate is Pass/ Fail. NATA Result 2018 has been declared on 7 June 2018.

Qualifying Marks for NATA 2018 will be based on the following rules:

NATA 2018 Exam Pattern for PART A and PART B

The Question Paper for previous are not available as each student gets a unique question paper and thus, no specific question paper is available. There are some NATA Books given on this page and student can buy them to practice questions of NATA.

The drawing aptitude is judged on the following aspects

Who should appear in NATA and Why?