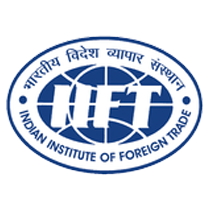 IIFT Results 2017 in the form of selection list for IIFT MBA (IB) 2018-20 Admission at Delhi and Kolkata Campus is declared. The Result is for MBA Entrance Exam that was conducted 3 December 2017. The candidates who have enrolled to appear in the entrance exam can check their IIFT Results. Scroll down for Selection List and Complete information about the MBA (IB) selection round.

Latest Update- IIFT Scorecard is released on 13 January 2018. Scroll down to download scorecard. List of Shortlisted candidates for the second round was declared on 5 Jan 2018.

IIFT Result is released for the entrance exam conducted on 3 December 2017. The candidates who appeared in the IIFT Entrance Exam can check their result on this page by following the link. The candidates can check their IIFT results by entering their 7 digit Roll Number and their respective date of births. The marks secured by the students are not released only the names of the shortlisted candidates are available.

This is the first merit list, it contains the Application Number, Roll Number and Name of the Candidate. It will not include the marks secured by the candidates. The candidates whose name appear in this list are shortlisted for the GD-PI Round.

Score Card is available to download for the applicants who have qualified  IIFT Exam. The Merit List was released on 5 January 2018. The Score Card has the actual number of marks secured by the students. Applicants are advised to keep a printout of the same for their future references.

The admission to IIFT New Delhi and Kolkata campuses will be based on the following criteria:

IIFT Interview will be conducted in Following Cities

will be held in January/February 2018 in 8 cities of India that is Ahmedabad, Bangalore, Chennai, Delhi, Hyderabad, Kolkata, Lucknow and Mumbai.

IIFT Admission 2018 for the Foreign Nationals/NRI candidates/Child of NRIs will be made on the basis of GMAT scores only. The GMAT result should not be declared before 1 January 2016 and the scores should be received by the Institute latest by 15 February 2018. NRI Sponsored candidates are not covered under this category.

In the year 2017, four IIFT students were offered more than 1 core salary package. All the students of New Delhi and Kolkata were placed by 75 companies. The placement witnessed following: highest international salary package of US$ 1,50,000 per year with a highest domestic salary package of Rs. 26 lakh year and overall average salary of Rs. 18.01 Lakh per year.

IIFT has released final selection list for IIFT MBA(IB) admissions at both the Delhi as well as Kolkata campuses.

IIFT Result 2017 is declared in the form of Merit list; candidates can check the Roll Number wise list given below. The result contains Name of the Selected Candidate, Candidate's Roll Number and Candidate Application Number. The candidates whose name appear on the list have qualified for further rounds of IIFT admission. The students can download the list for the future reference.

This is the list of candidates selected for Round 2

For any queries related to IIFT Result 2018, you can write us in the comment section below.