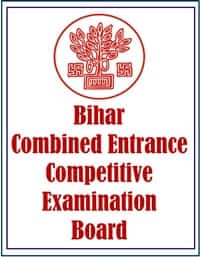 BCECE Answer key 2018 will be released by Bihar Combined Entrance Competitive Examination Board (BCECEB) after the exam gets over. Generally, the answer key gets released within 1 week after the exam. This page gives the details of BCECE Answer Key for the current as well as the previous year. BCECE is for admission to Engineering, Medical Allied, Agriculture & Pharmacy UG programmes in state colleges in Bihar. This year BCECE Exam will be conducted as 1 stage exam so there will be only one set of answer keys for the exam.The BCECE Result would be based on BCECE Answer Keys.

The last year question paper is also given on this page. The candidates are advised to follow the link below.

By having the answer keys, the candidates can check their scores and tally their marks. After the release of the BCECE Answer key, the result for the same will be declared and the merit list will be prepared according to the marks scored by the candidates in the exam.

The BCECE Answer Key will get released for the Physics, Chemistry, Mathematics and Biology subject. The answer key will be uploaded separately for each subject. 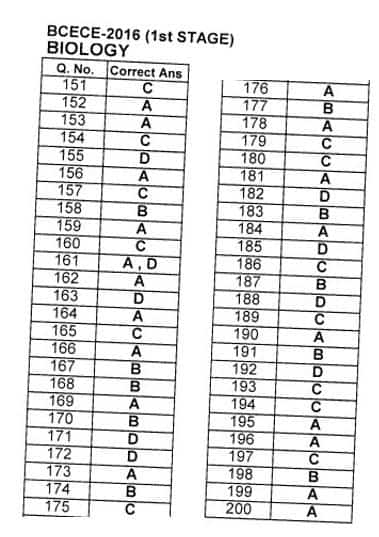 Candidates can check their answer keys of the respective subjects by Clicking on the following Links:

In the case of any query related to BCECE Answer Key 2018, write to us in the comment section below.