NTSE Andhra Pradesh Stage 1 Answer Keys have been released by the Directorate of Government Examinations, Andhra Pradesh for the MAT, SAT and LCT sections. The candidate who appeared in the exam conducted on 5 November 2017 can check the answer key given below. With the help of answer keys, the candidates can tally their answer can judge their scores right before the result. The candidates also have an option to send their suggestions/ objections regarding the answer keys if they are not satisfied. 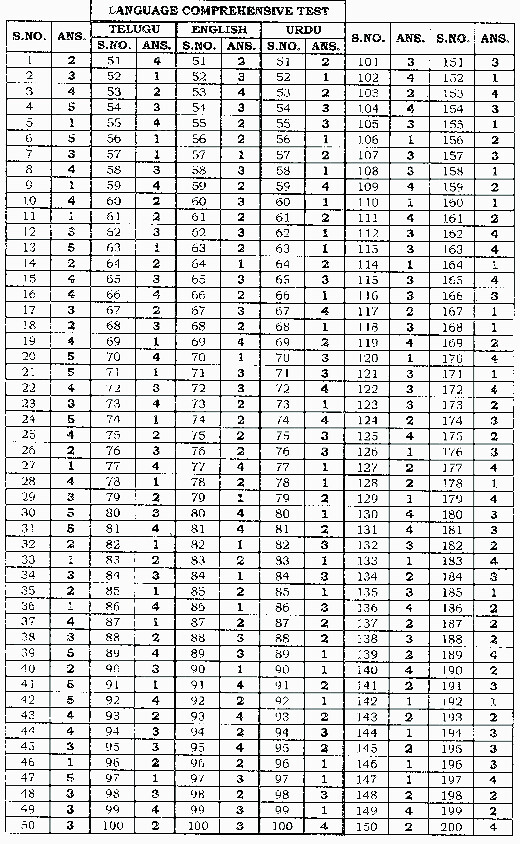 After the NTSE Andhra Pradesh Answer Keys, the result will be declared. NTSE Result 2017 for stage 1 is expected to be declared in the month of December 2017. The NTSE Stage 1 exam was conducted on 4 and 5 November 2017. Once the result gets declared, the shortlisted candidates will appear in NTSE Stage 2 exam. The stage 2 exam is scheduled to be conducted on 13 May 2018. The candidates are suggested to follow the link below in order to get information on the result.

NTSE is a national-level scholarship program in India to identify and recognise students with high intellect and academic talent. The question here is: How one should get prepared for NTSE? Candidates always get confused for the right preparation of the exams. That is why we have provided a link for NTSE preparation. The link for the preparation of the NTSE is given below.

For any query related to NTSE Andhra Pradesh Stage 1 Answer Key 2017-18, you can write to us in the comment section below