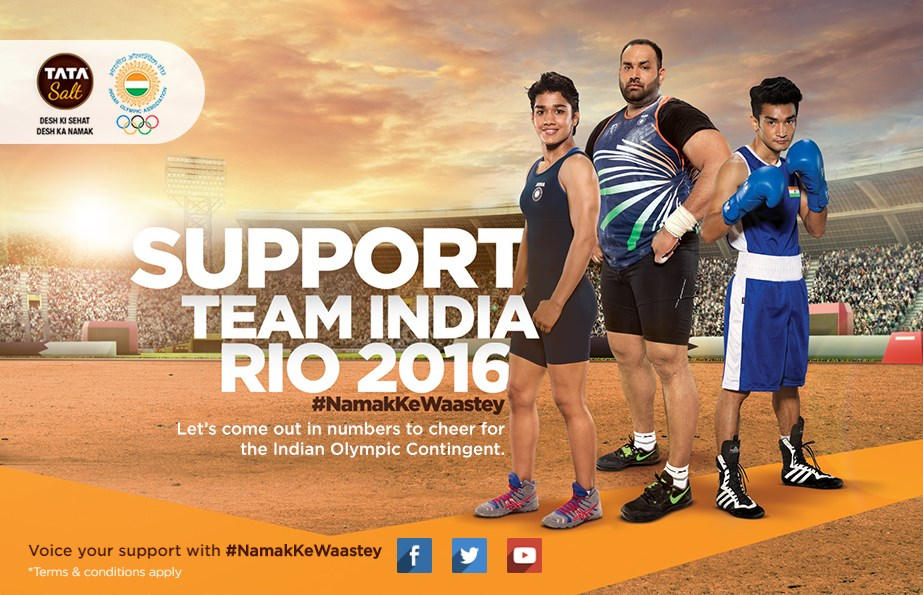 STEP 1: Firstly it is advised to the candidates to prepare their 30-second voice message in any format  so that they can easily narrate it over the telephonic session.

STEP 2: Now contestants have to give a missed call on 1800-210-2123 from their mobile number soon after that they will receive a call.

STEP 3: After the voice message is over, record your message for the upcoming Rio Olympics, in a time limit of 30 seconds as per the instructions; The call will be disconnected automatically after 30 seconds duration, whether or not the complete message has been recorded. TCL may, at its discretion, consider the response of all those participants as well whose responses which were found to be incomplete.

STEP 4: Automated response message will be received on the contestants' mobile phones indicating their successful registrations.

The selection process of the winners will be based on the following given parameters explained below: