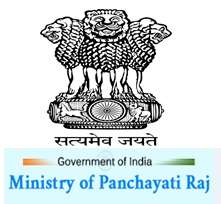 Short Film Contest by Ministry of Panchayati Raj will select 5 best films and award them the following prize:

Short Film Contest by Panchayati Raj can application process can be filled offline by downloading the application form, from the official website that is www.panchayat.gov.in.

The candidates will have to furnish the following information about the film and the filmmaker while filling the Short Film contest application form:

The duly filled in Application Form along with the  required documents along with the DVD of the Film which should be carefully packed and candidates must clearly mention "Entry Best Short film on Success Story of Panchayat Award contest" to avoid scratches and its theme and synopsis kept inside an envelope should be sent by post or in hand to the following address on or before September 30, 2016:

A Jury will be organised by the Ministry for the purpose to select the winners. After receiving all the Short film from the participants along with the Application Form, the Jury will scrutinise the 5 best film.

The Result of Short Film will be uploaded on the Notice Board of the Ministry of Panchayati Raj that is www.panchayat.gov.in