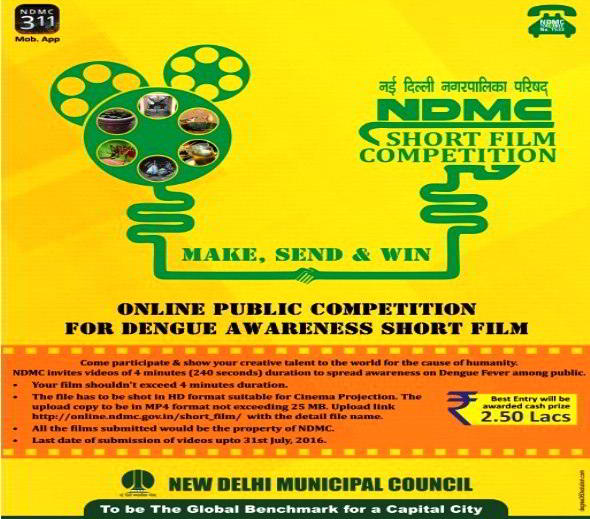 All the films will be showcased by the selection committee assigned by NDMC and the winner among all the selected videos will be awarded with the prize money.