A participant can take part in both the logo as well as tagline contests.

About NCRTC: The National Capital Region Transport Corporation is recently established public sector under the ministry of Urban development. NCRTC aims to ensure sustainable urban development and balanced growth across NCR through increased and seamless connectivity and access to safe, affordable, comfortable and fast mobility solutions in the region.

NCRTC Logo design and Tagline Competition invites all the creative and innovative people in the competition. The submitted entries for logo and tagline competition must capture the essence of the organisation, keeping in view the role and vision of NCRTC in the sustainable development of NCR. Since the Logo and Tagline will be the face of NCRTC, the participating candidates must make sure that: 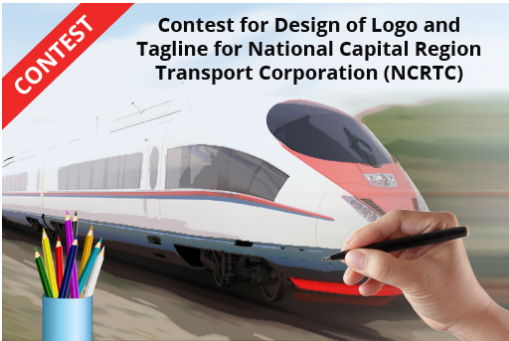 The Selected logo would be used on various printed material such as black & White and colour, stationery, signage and on the website as well as social media such as Twitter, Facebook to name a few.

The selected participant will be awarded a prize money for both the logo competition as well as tagline competition.

The application process will be done through online mode only. The participant will have to submit their logo and tagline design on the official website of NCRTC on or before October 15, 2016.

All participants will have to make sure that his/her MyGov profile (this includes name, photo and phone number) is accurate and updated. NCRTC will use this for further communication. There are no any special Criteria to participation in the competition but there are some basic rules applying for all Participants, these rules are given below

The application for NCRTC Competition has to be submitted online only. The design should be uploaded with a detailed explanation of colour codes and measurements.The candidates must note that Multiple submissions of the logo and the tagline by the same participant would not be considered.

All entries will be judged by the Selection Committee of NCRTC on the basis of creativity, Originally, Technical excellence, Composition, Simplicity, visual impact and artistic merit.

Both the Logo and Tagline entries will be selected on the following criteria. The most important amongst them is whether it is giving superior visual identity to NCRTC.