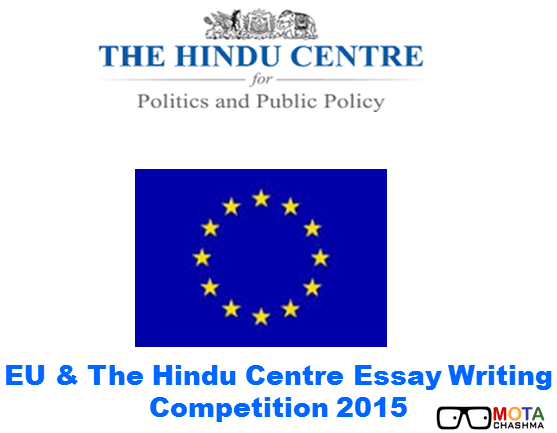 In the Essay candidates have to cover practical suggestions as much for big ideas as for low-cost innovation, or jugaad, in informal parlance.

Format of the Essay

Submission of the Essay

The subject Line of the mail should be: EU-THC Essay Competition

Before the actual announcement of the Winners, they will be asked to present satisfactory proof of their eligibility in the form of a photo identity card.

Marking Scheme of the Essay Competition

The Hindu Centre is a public policy resource centre, a division of Kasturi & Sons Ltd., publishers of The Hindu and group newspapers.