Indian Institutes of Technology are likely to increase their seat intake by 1000 from the next year. This seems good news to the engineering aspirants, especially for those who always taken apart as there are hardly any vacancies in popular courses in IITs while getting admission. Now increasing in numbers of the seats will provide consolation to such aspirants and more engineers for sustaining development. The admission into the IIT is done based on the scores of JEE Advanced which is scheduled to be conducted on 20 May 2018. Until now, only the total of 10,998 seats was available to seek admission of the candidates which from the next year will conclude 1000 more seats. Last year 400 Seats were added for the 2017-18 admission. 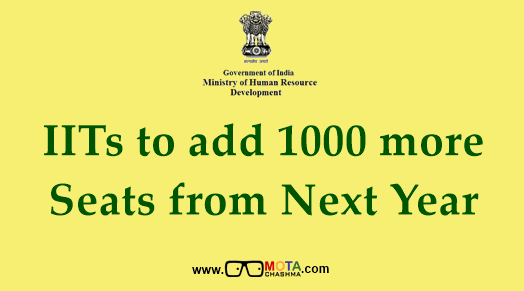