NUALS, Kochi successfully conducted CLAT 2018. However, due to some technical issues on various centres, the precious time was wasted as claimed by many students after appearing in CLAT 2018. Around, 60,000 candidates registered for Common Law Admission Test (CLAT), which was held on 13 May 2018 from 3:00 PM to 5:00 PM in 42 cities across India for admission into 19 National Law Universities. The number of applicants appears in CLAT increasing surprisingly over the year. Last year, around 51,000 Law aspirants registered for admission into UG and PG programs. Scroll down to get a brief view on CLAT. 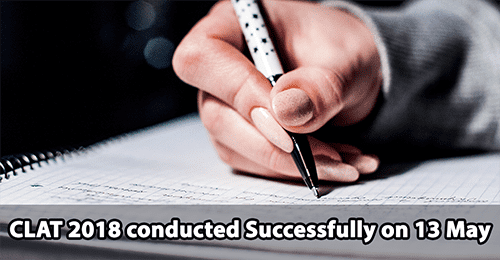 Few things to Know about CLAT

Apart from 19 National Law Universities, around 42 other law schools accept CLAT score for admission. Oil India and Oil & Natural Gas Corporation are already in the list official accepting admission through CLAT score. Since its inception, a rise in the number of applicants has been seen every year. Therefore, the number of university and availability of seats were also increased.  Apart from that CLAT was encircled with several controversies. Scroll down to read more on CLAT Controversies.

The entrance exam is always circled with controversies in India and CLAT is no exception. In the span of 10 years, Common Law Admission Test was surrounded with various controversies. The applicants alleged for poorly conducted CLAT 2014, whereas in 2009, CLAT was postponed due to rumours of the leak of Paper. CLAT was also in centres as the answer key was released with several error and questions were out of syllabus in the same year.  Several petitions and lawsuits were also filed against CLAT.

As CLAT 2018 ended, the candidates appeared in the exam are started looking for CLAT Answer Key to tally their marks. CLAT Counselling schedule was already released. Thus, knowing the CLAT Cut off and tally the marks with the Answer key are probably the next move in the movement. The candidates will be able to check CLAT 2018 Answer Key by following the link given below.