The candidates who have entered the wrong roll number while filling the application form or have forgotten to enter his/her roll number can make the required changes now as well. At the time of downloading the JEE Main 2017 admit card, the candidates will have an option to update or change their Class 12 (or Improvement exam) Roll Number. Earlier, CBSE had opened the correction window from 25 Jan to 3 February 2017. This will be the last chance for the candidates to enter/update their roll number of class 12th/improvement examination of Class 12. 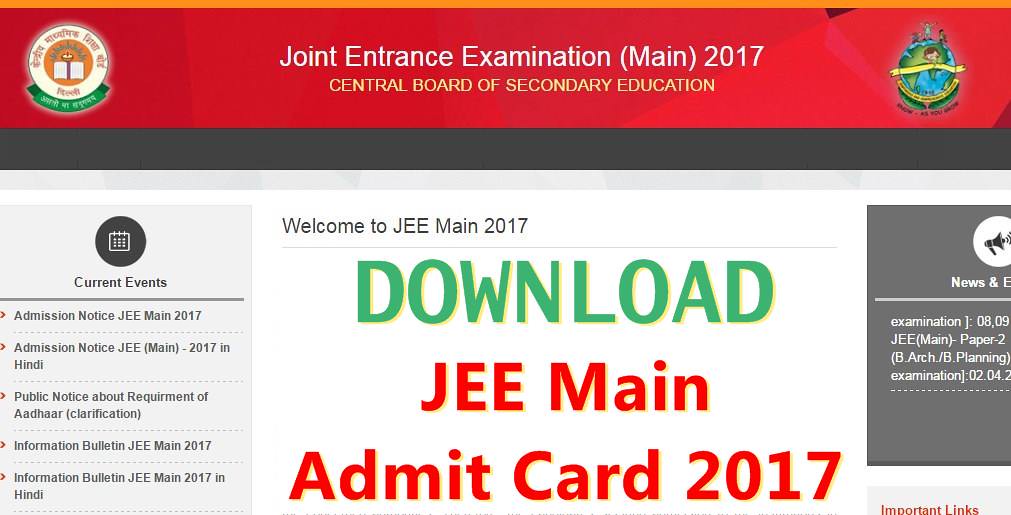 CBSE has not announced any specific date for the download of admit card in its official Information brochure and it is written that the admit card will be available on 14 March 2017. As the JEE Main Application form correction is over so we can expect the JEE Main Admit Card to be released soon.

List of things to be carried for JEE Main 2017 Exam

2. Things to be carried by the students appearing in Pen & paper based test

For any queries related to JEE Main 2017 Admit Card, Write to us in the comments section below.