IIM Calcutta will award PG and Doctorates Degrees from 2018

IIM Calcutta will award Post Graduate and Doctorate Degrees from 2018 according to the new law passed in Rajya Sabha last week. So far now, IIMs provide Diplomas and Fellowships to their students. But after passing the law, IIM Calcutta decided to be the first one to reward Post Graduate and Doctorates degree to the university. It is totally individual IIM's call to decide when to start rolling out the degrees. Although IIM Calcutta has already decided to deliver it from 2018.

Benefits of PG and Doctorates Degree over Diplomas and Fellowships

In India, there are 20 IIMs with nearly 10,000 students in the session of 2016-18 and 2017-2019 which will get the benefits of this new law. This would not only help them for further studies especially in foreign but also be the pillar to get the jobs in MNCs as they rarely accept diplomas according to their policy. It also opens doors for Indian Management to spread globally and mark their presence. Although IIMs are well recognized for management through the new ones are still in progress and this new law will wing them to reach the heights. 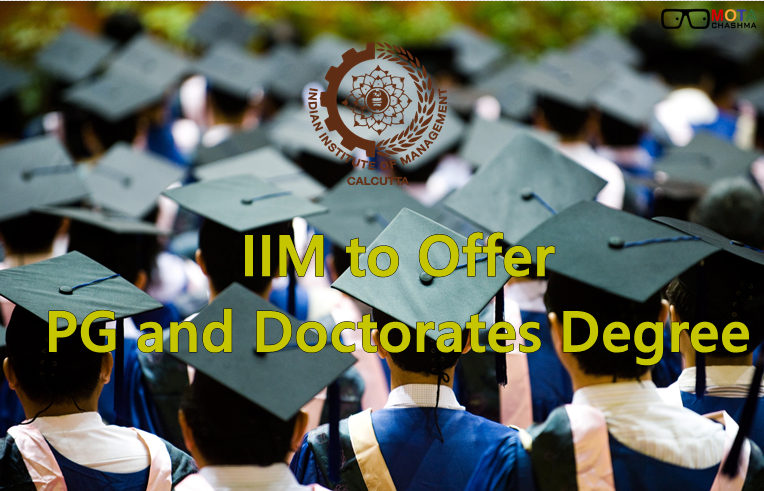 What IIM Calcutta Official has to say about this?

"Every IIM can now award post-graduate degrees and doctorates instead of diplomas and fellowships, respectively, but it depends on a particular IIM to decide when it wants to start doing this". A statement made by the senior IIM-C official.

According to the IIM C Official, every new law involves a process which includes the approval of the board of governors. So once, the suitable amendments get made, we hope to start awarding the degrees from April 2018.