The Common Law Admission Test- CLAT might go online from the year 2015. CLAT is a common admission test for admission to LLB and LLM across 14 universities in the country. CLAT 2014 was conducted by Gujarat National Law University. CLAT 2015 will be conducted by Dr. Ram Manohar Lohia National Law University in 2015 and the university is thinking of conducting the test online. CLAT witnesses about 40,000 students every year. The idea of taking CLAT online has been introduced with the thought of making the test hassle free and less time consuming and at the same time taking a step towards a more globalized world.

The university has proposed the idea of going online at every stage of CLAT, right from application process to the counseling sessions.

However the final decision is yet to be taken. The finalization will take place once the university will present the new policy in front of the CLAT’s core committee in September - end or the first week of October.

Discrepancy in marks in CLAT 2014

The Gujarat National Law University which had conducted the test, did not came out with the desired outcomes at the time of online result declaration for CLAT leading to discrepancy in marks of hundreds of students. The CLAT’s core committee as a result had to withhold the procedure of online declaration of the results and revised results were announced later on.

CLAT UG test is organized for students who have cleared the higher secondary school with a minimum of 45% aggregate marks. The test consists of 200 MCQ type questions with 200 marks for 14 participating universities across India. 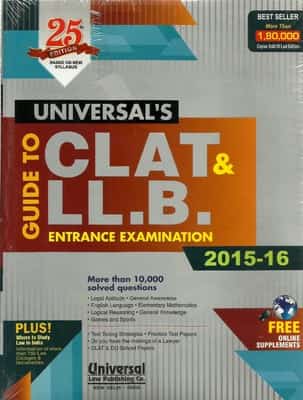