CBSE Retest will be held for two subjects. The CBSE Board exam would be reconducted for Class 10 Mathematics paper and Class 12 Economics paper. The date of retest would be announced within a week by the CBSE Board. The purpose of re-conducting these two exams are none but the rumours of the paper leak which have been accepted by the Central Board. Union HRD Minister Prakash Javadekar admitted the leaks and assured students that the strict action would be taken against the perpetrators and there would be a better arrangement to fight against such things. He also set an investigation to look into the matter.

HRD Ministry has announced Retest Date for CBSE Class 12 Economics, the exam will be re-conducted on 25 April 2018. Final Decision about CBSE Class 10th Maths Retest will be taken within 15 Days. 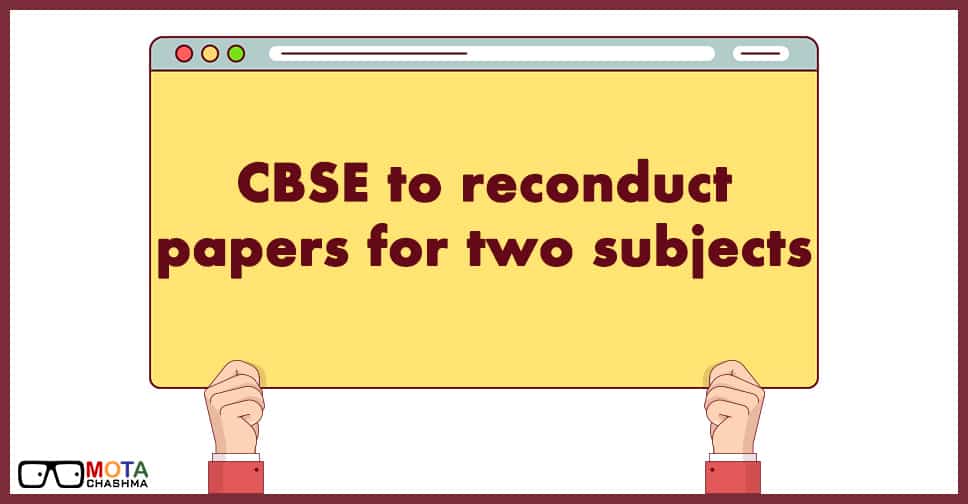 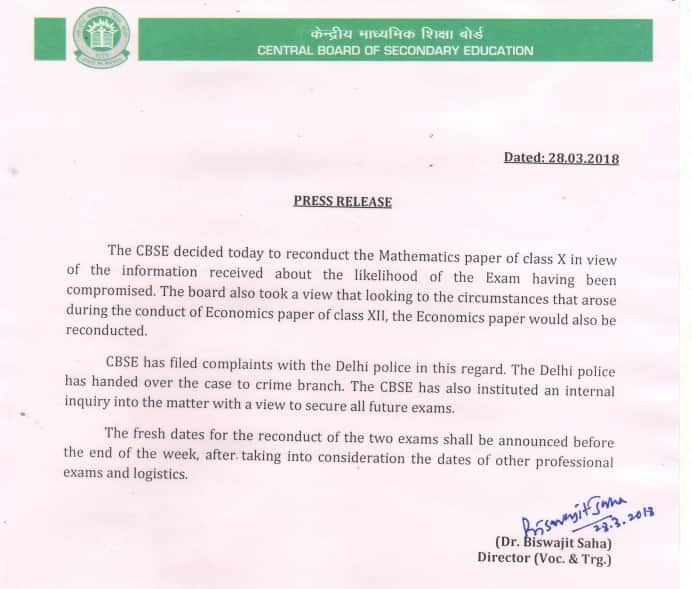 Impact of CBSE Retest on Students

As the retest is going to be conducted, maybe it would not do justice to some of the candidates but for the sake of all the students, it is right decision to reconduct the examination. This is not the first time when the incident of the paper leak has occurred. Earlier when the Accountancy exam was about to begin, some students reported the leak of papers on WhatsApp. However, there is no confirmation of it yet.

Approximately 1,700,000 students will appear for the retest of mathematics and close to 5 lakhs students will re-appear in class 12 Economics exam. The date for the retest would be soon notified on the official website of CBSE. Prime Minister Narendra Modi also showed their unhappiness against the news and called HRD minister for the better solution of the situation. HRD Minister Prakash Javadekar has said that the cabinet has approved for the National Testing Agency (NTA) to come into effect from the next academic year and it will ensure the leak-proof examination.

CBSE Retest for Two Board Papers - Highlights of the news!