CBSE has issued the circular to 18,000 affiliated schools across the country to maintain Safe and Effective Use of Internet and Digital Technologies in Schools and School Buses. The circular stated that Schools need to promote a safe and secure educational environment for effective teaching and learning and to discourage students from actions detrimental to themselves, their peers and the value system.

The Central Board of Secondary Education (CBSE) took a step to protect children from the infamous Blue Whale Challenge by issuing a circular to schools instructing them to work towards its prevention. The CBSE affiliated schools are instructed to install effective firewalls, filtering and monitoring software mechanisms in all the computers. CBSE took this decision after reports of increasing suicide cases all over the world including India.

About the CBSE Circular on New Guidelines for Safe Internet Usage

After reports of increasing suicide cases surfaced due to the infamous Blue Whale Challenge, CBSE has issued a circular to schools for prevention of the same.

CBSE has issued the circular guidelines to all the 18,000 affiliated schools across the country to maintain Safe and Effective Use of Internet and Digital Technologies in Schools and School Buses.

According to HT report, schools also have been instructed to regularly review filtering and blocking policies and procedures. When the government issued a direction to internet majors to remove links of the deadly Blue Whale Challenge, days after CBSE took this decision. 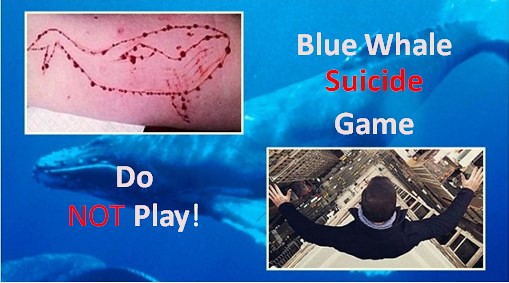 The Blue Whale Challenge is a dare-based online game in which the final task requires the player to kill themselves. Before the final task participants are required to complete 50 tasks in 50 days, the last task is committing suicide. This deadly game is created in Russia in 2013 by “Philipp Budeikin” who was arrested in May and sentenced to three years in prison. Philipp Budeikin said that he created this game to eliminate people from the earth who do not represent any value, cause harm or will cause harm to the society.