CBSE Approves Return of Class 10 Board Exams with New Changes

The Governing Body, the highest decision-making body of the Central Board of Secondary Education CBSE Approves Return of Class 10 Board Exams with New Changes, The first exam will be conducted in March 2018 for the secondary students. However, this year students will remain untouched with the new policies. The CBSE has decided that the weightage division will be 80% will be Board-based, and 20% will be internal assessments.

The previous decision regarding the conversion of board exams was taken back in 2011, where students were given choices for sitting in either board exams or the exams conducted at the school itself. The CBSE will conduct the board exams as they're conducted before the 2010 and the latest curriculum regarding it will be forwarded to all the schools later. "It was a unanimous decision of the members of the governing body on the matter. The matter was discussed threadbare and in principle, it was decided to restore the exams scheme of the pre-CCE period," said R K Chaturvedi, chairperson, CBSE. 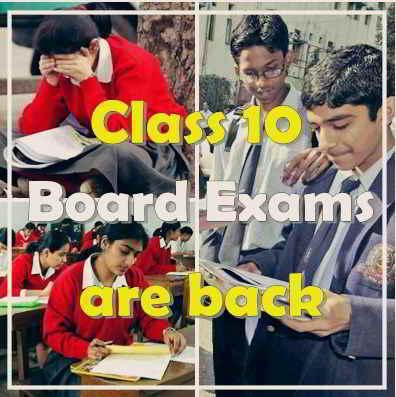 Now the three language formula will be implemented in all the CBSE schools, and the decision is being taken under the National Education Policy. The three language formula will provide and option and help the students in Hindi speaking states to learn a modern Indian language. Apart from English & Hindi and in non-Hindi-speaking states; all the students must learn English & Hindi along with the Indian regional languages and the decision is about to finalise by the Ministry of Human Resource and Development. In India, more than 18,000 schools affiliated to the Central Board of Secondary Education (CBSE) will now implement the three language formula up to Class 10 and the board governing body will resolve the issue soon. Restarting of the mandatory class 10 board exam in all the schools affiliated to the CBSE indicating that another progressive and student friendly reforms were being undone.

Apart from the changes mentioned above which are related to class 10, the CBSE governing body has also decided that the principals of all schools which are affiliated to the CBSE will have to qualify an eligibility test because the CBSE has noticed that wives and relatives of the school owner easily become principals.

For any queries related to Class 10 Boards Comeback, You can write to us in the comments section below.