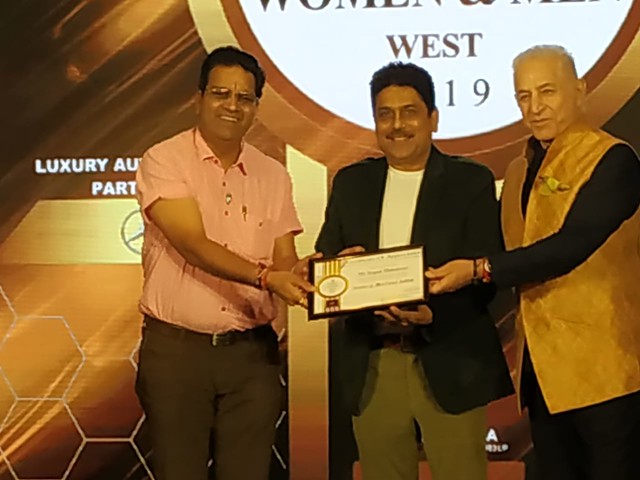 Sh. Brajesh Maheshwari was honoured by Mr.Shailesh Lodha and Dilip Tahil for his contribution as Director of Allen Career Institute