Indian Army BSc Nursing Result 2018 is declared by the Indian Army. The result is declared in form of the list. The roll number of the selected candidates are given along with the marks in the list. Total 545 students have been selected to appear in the interview. The interview is going to held in Base Hospital Delhi CANTT and Armed Forces Medical College, Manowrie. The candidates who appeared in the Indian Army Exam can search for their roll number in order to know their Indian Army BSc Nursing Result 2018. The MNS BSc Nursing result is for the admission in following colleges - 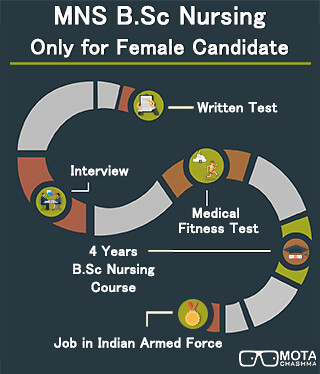 Indian Army BSc Nursing Result has been declared on 17 April 2018. The candidates who appeared in the exam can now check their result. The result is declared in the form of the list. The candidates are suggested to search for their roll number in the list attached on this page below in order to know their result. This year total 545 candidates have been selected to appear in the interview. The Result Contains the following:

The Bsc Nursing exam is a total of 150 Marks. This year the topper of the exam has secured 127 marks and the cut off for the exam is 97 which is secured by many candidates.  Any Candidate who secured less than 97 marks is not eligible to qualify for the Interview Round. Check the cut off marks for the previous year also and compare the both.

Certificates/Documents: To be produced in original along with one attested copy of

The 6 Colleges that would be accepting BSc Nursing Exam Score is given in the table below.

In case of any query regarding the Indian Army BSc Nursing Result, you can write in the comments section below.