NCWEB Cut Off 2018 - The second cut off list is released on 5 July 2018. The first cut off list was released on 29 June 2018 by Non-Collegiate Women's Education Board. The candidates who have filled the application form to seek admission in the college affiliated to NCWEB can now check the cutoffs on this page. If any of the candidates meet the cut-offs then they are required to approach the college for admission. DU Cut Off 2018 indicates the minimum percentage marks needed to get DU Admission in Non-Collegiate Women Education Board (NCWEB) for academic session 2018-2019. NCWEB has added 12 more teaching centres and so now there are in all 25 teaching centres and 11,700 seats for the women of Delhi NCT region who wants to pursue higher education in Delhi University. The candidates will have to submit their original documents for taking admission. On this page, the details about the NCWEB Cut Off list is given.

NCWEB second cut off 2018 has been released on 5 July 2018. NCWEB first Cut Off 2018 was released on 29 June 2018. All the female candidates who have filled the application form to seek admission in one of the NCWEB colleges can check the cutoff and can approach the college of their choice if they meet the second cut off. However, there would be more cut off released by the Non-Collegiate Women Education Board (NCWEB). The candidates are suggested to keep themselves updated on this page for all the latest updates regarding the NCWEB cut off. 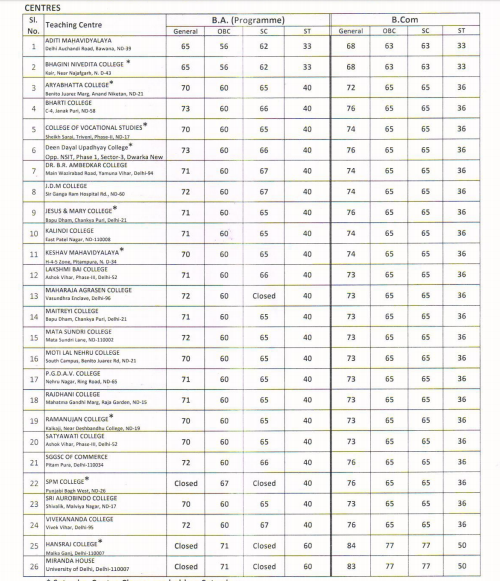 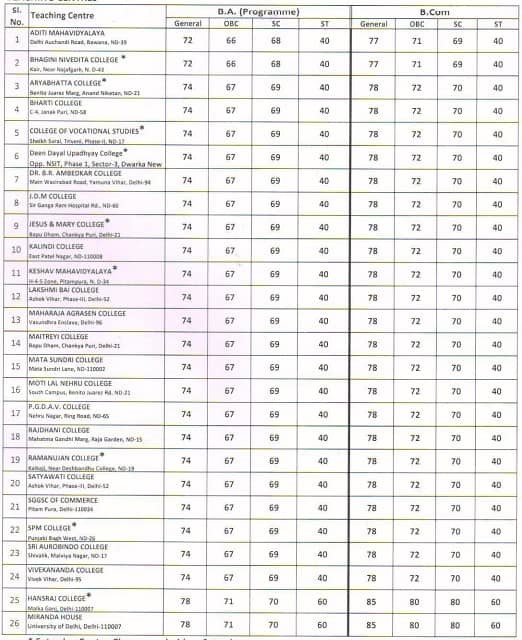 After approval of admission, the candidate has to log on to the undergraduate admission portal to make online admission fee payment. They also have to submit their fee, in cash, in any Branch of State Bank of India in A/c No. 10851299392 in the name of the Registrar, University of Delhi on or before the last date given on the challan issued by the Board’s Office along with Admission Form, Enrolment Form and Examination Form

Non-collegiate Women’s Education Board enables young women who are unable to attend regular college due to various reasons to pursue their higher education from Delhi University. It gives its students the liberty to give examinations under the university without the need to attend regular classes so the students attend the prescribed numbers of lectures and appear for the examination. 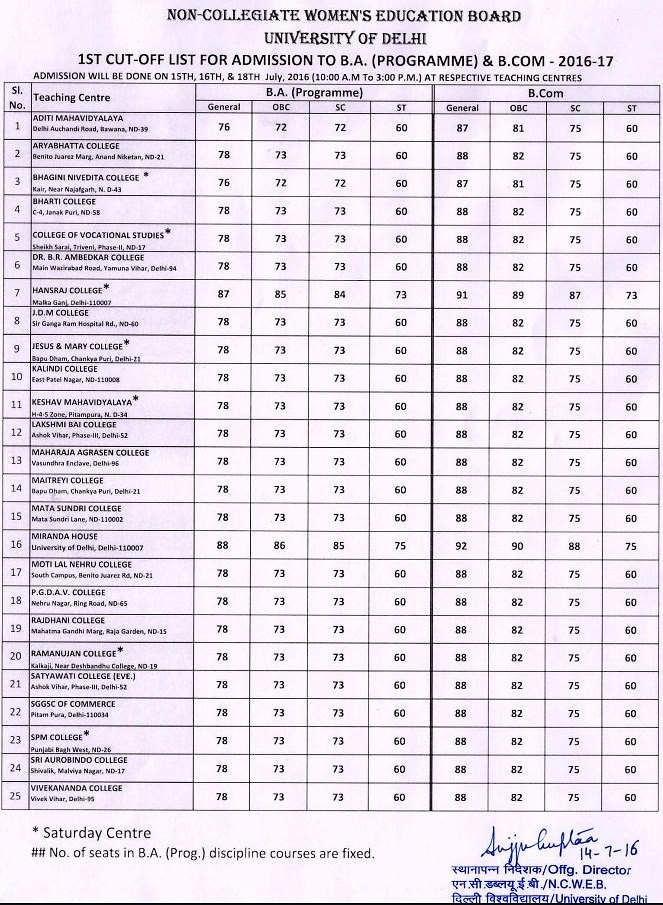 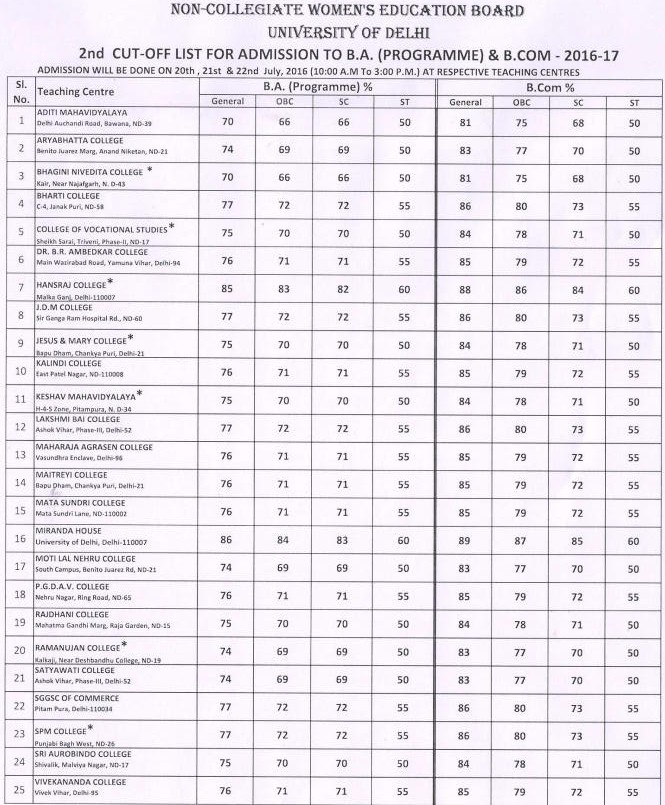 The candidates can go through NCWEB Cut off 2015 to get an idea whether they stand a chance for admission in NCWEB seats of the colleges.NCWEB cut-off 2015 for B.A  and B.Com are given on this page. 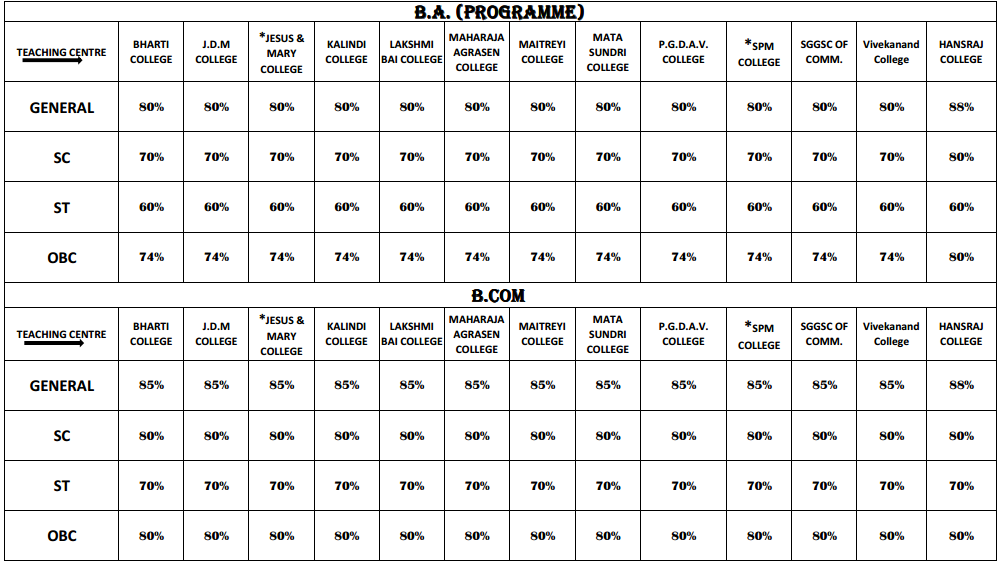 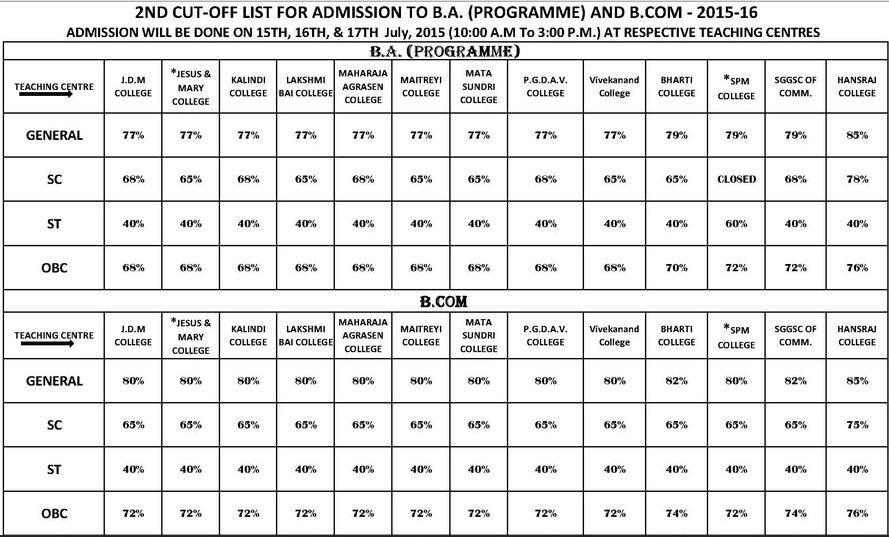 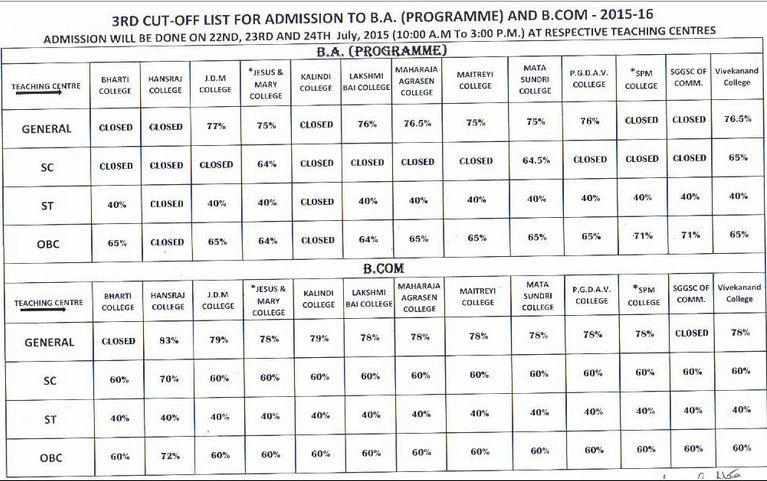 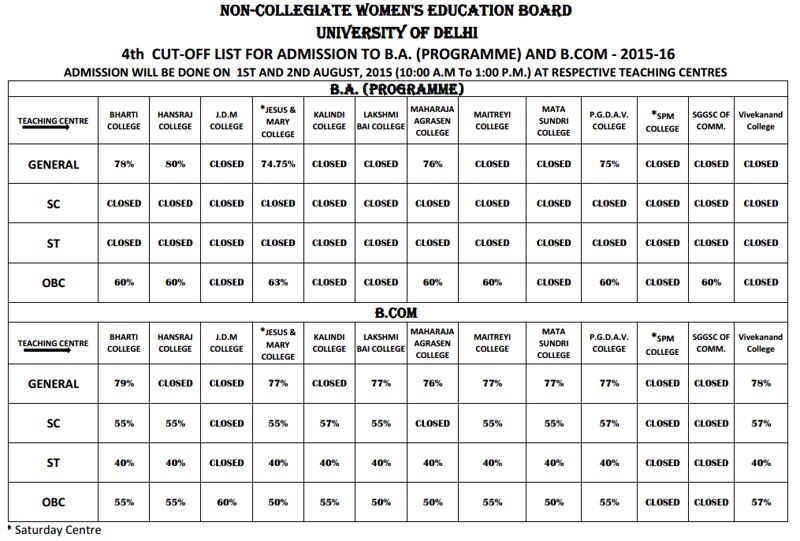 NCWEB has a provision for admission to three years BA Programme and B.Com Courses, the classes will be in the following colleges:

For any queries related to NCWEB Cut Off 2018, You can write to us in the comments section below.