NSIT Cut Off 2018 for Round 5 has released online. The NSIT Cut off 2018 contains the JEE main cut off rank for Delhi students and Outside Delhi students. The Cut off is available separately for all branches in NSIT. It emphasises in detail over the Category wise Cut off based on All India Over All Rank in JEE Main 2018 prior to the Spot Round. The candidates can check the cut off ranks for the year 2018 on this page as it has been released. The cutoff ranks given below are for BE Admission. The cut off ranks are available for different categories. On this page, the NSIT Cut Off 2018 ranks are given which the candidates can check. Netaji Subhas Institute of Technology (NSIT) is one of the premier Government Engineering University in India. The institute is affiliated to the University of Delhi and is ranked amongst the Top Engineering Colleges in Delhi and Top Engineering Colleges in India. It offers Undergraduate Courses, Postgraduate Courses and Doctor of Philosophy (PhD).

The following courses offered for the Undergraduate Degree by NSIT are

The Round 5 Cut Off for the Netaji Subhas Institute of Technology (NSIT) under the Joint Admission Counselling (JAC), Delhi has released online. The candidates can check NSIT Cut off 2018 Round 5 using the link given below. The Cut off for Round 1, 2 and 3 also given below along with the Cut off of the previous years. 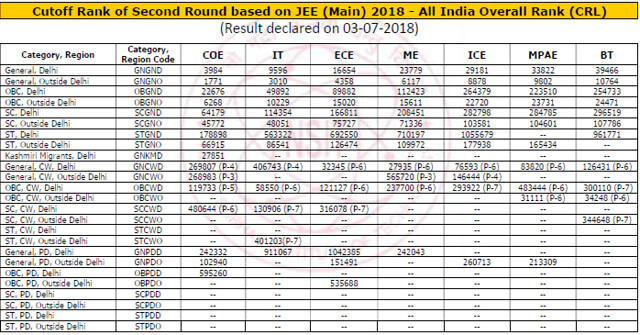 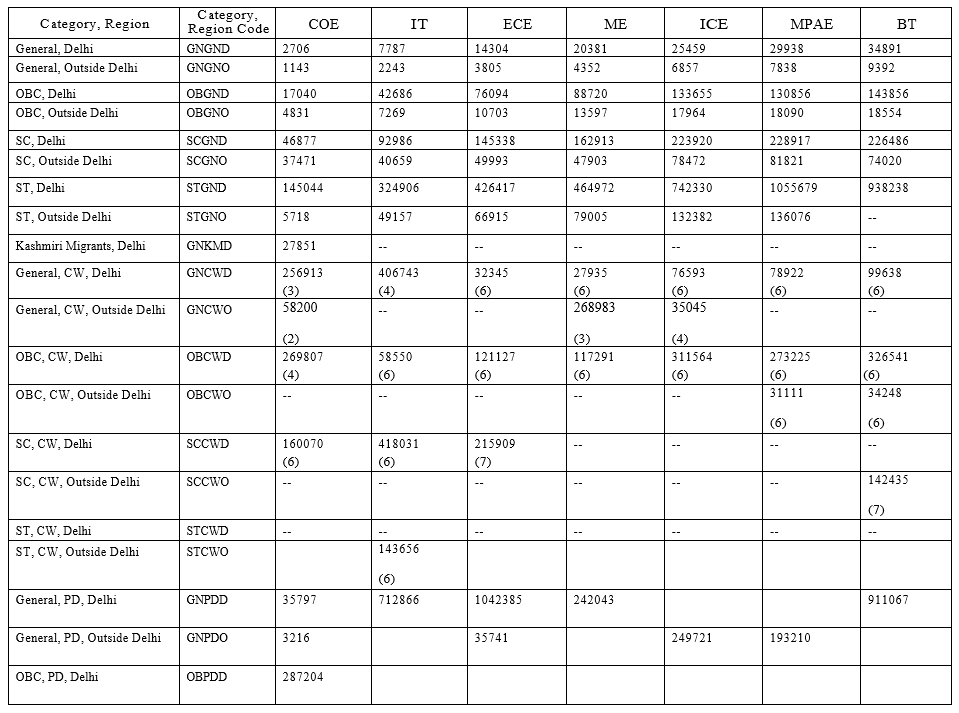 NSIT Cut Off 2016 for Defence Sub-category

NSIT Cut Off 2015 for FIRST Round: DELHI REGION

NSIT Cut Off 2015 for FIRST Round: OUTSIDE DELHI REGION

NSIT Cut Off 2014: OUTSIDE DELHI REGION

In case, of any query regarding the NSIT Cut Off 2018, you can write to us in the comment section below.