Those candidates who willing to get admission in the B.Tech course of Thapar University must take a look at the previous year cut-off list.These cut-off lists will give an estimate about the selection to the applicant. The cut-off list for previous years' is mentioned below: 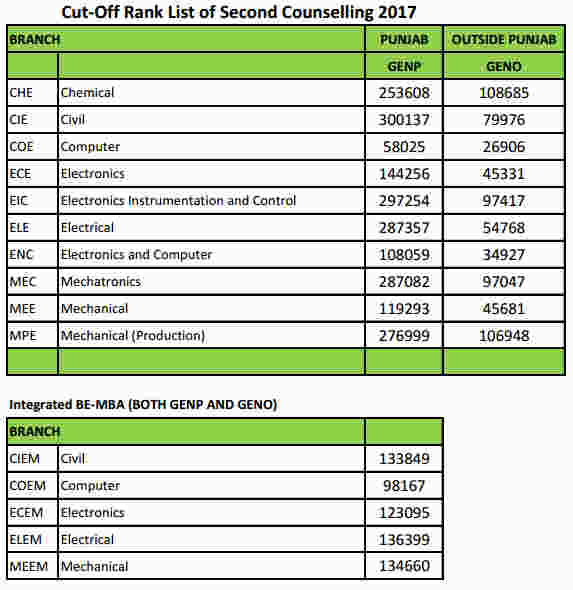 Applicants seeking admission to the Thapar University can check below the previous year cut offs for the admission to Bachelors of Technology Course are given below on the basis of the JEE Main Scores.

This is the final JEE Main cut off Score for admission in Thapar University. Round wise cut off is also given on this page.

Thapar First and Second Cut off List- on the basis of JEE Main Marks was released in the last week of May of the respective year and the third and fourth cut-off lists were available in 2nd week of June.

There is a difference in cut-off score for Students from Punjab & students from outside Punjab. For that session of admission, the highest cut-off was for Computer Engineering course.

Integrated BE-MBA Programme cut-offs of the previous year are given below. BE_MBA is an integrated 5 Year programme offered in Thapar University. last year the admissions were offered in the given below cut-offs scored by the candidates in JEE Main Exam.

For any queries related to Thapar University Cutoffs, You can write to us in the comments section below.