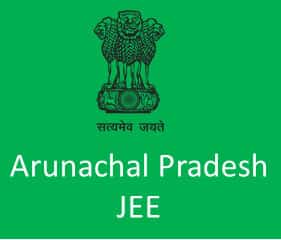 APJEE 2018 will be conducted for selection of the students for nomination in the various technical & professional courses against the seats made available to the State by the Govt. of India, the North Eastern Council etc. The students will be nominated to various MBBS/ BDS Colleges across the country based on the marks obtained in APJEE for the Central Pool Quota Seats. APJEE is also for admission to various Technical /Professional courses in Degree (PCB) and Diploma courses in Arunachal Pradesh. The exam is for admission into  B.Sc (Horticulture), B.Sc. (Forestry), B. Sc. (Agriculture), Fisheries, Veterinary Science, BHMS, Diploma courses. For complete information regarding APJEE 2018, candidates are advised to scroll down.

Latest Update - The application process for APJEE 2018 has started. The candidates are suggested to follow the link given towards the end of this page to apply online.

It is necessary for the candidates to check the eligibility criteria before filling up the APJEE Application forms 2018.

Domicile: Who is eligible for appearing in APJEE

The minimum academic qualifications for appearing the APJEE in the various courses was as follows.

The age limit for appearing the APJEE in the various courses was as follows.

However, the upper age limit for SC/ST candidates is relaxable by 3 years.

It is to be noted that Choice of Course/disciplines indicated in the Application Form will be considered as final and shall not be allowed to be changed at a later stage unless open counselling is held. The candidates should keep themselves updated on the website of motachashma for all the latest updates regarding APJEE.

The candidates after filling up the APJEE Application Form 2018 should submit the form through online mode. Candidates are suggested to ensure their eligibility criteria before final submission of the application form. Once the form gets submitted, the candidates should keep at least two printouts with them for future reference.

APJEE Admit Card 2018 will be available from 21 May 2018 until the date of exam. After downloading the admit card, the candidates are suggested to check the details filled by them are correct in all aspects. The candidates can download their Admit card by using their User Name and Password made during registration. Get more details about the APJEE Admit Card 2018 by following the link given below.

Application Fees are different for APST and Non- APST. The candidates belonging to the respective categories must pay their application fee accordingly.

The selection of APJEE 2018 will be based on the Merit List for all the candidates appearing for both Diploma and Degree (PCB) Examination. The dates regarding the selection, counselling and nomination of the candidates will be available on the official website and also in the local dailies of the state.

The APJEE Exam pattern is similar to the pattern of last year's exam.

Following are the name of the institutions in Arunachal Pradesh where the candidates appearing in APJEE can be nominated:

Following are the three years Diploma courses offered by this institutions. The seat distribution for the diploma programmes according to their entry qualification is given in the tabular form below.

The academics in the Polytechnic started from the academic session 2014-15 with the following programmes:

The academics of the Polytechnic started from the academic session 2014-15 (temporarily at Govt. Polytechnic Namsai) with the following programmes:

The details of the various three-year Diploma programmes offered by the institution are as follows:

Exam Centers: The APJEE Examination shall be conducted at various Centers; Itanagar, Naharlagun and Nirjuli on Last Week of May 2018.