Nationality: A candidate can be citizen of either of the following:

Educational Qualifications: Candidates who have passed Post Graduate Degree MA/M.Sc. in the following subjects with 1st or 2nd division.

Tattoo
: Permanent tattoos are allowed only on inner forearm or on reverse side of palm/back side of hand.

The application process for the Indian Army Education Corps Recruitment (AEC) 2017 commencing in July 2018 will start from 24 October 2017. The candidates will be able to fill the form until 22 November 2017.

The steps to fill the application form is given on this page below. The candidates are suggested to fill the form with the help of these steps.

Short listing of Applications: The applications will be shortlisted by the Integrated HQ of MoD(Army) and to fix the cut-off percentage of marks for each discipline/stream without assigning any reason.

Documents to be carried for SSB Interview

Travelling Allowance: Candidates appearing for the SSB Interview for the First time are entitled to AC-III Tier to and fro Railway Fare and Bus Fare.

What will happen at SSB Interview?

Medical Examinations: A candidate recommended by the Services Selection Board will undergo a medical examination by Board of Service Medical officers. Only those candidates will be admitted to the academy who are declared fit by the Medical Board.

Grant of Commission: Selected candidates will be granted Short Service Commission on probation in the rank of Lt from the date of commencement of the course or the date of reporting at IMA, whichever is later. 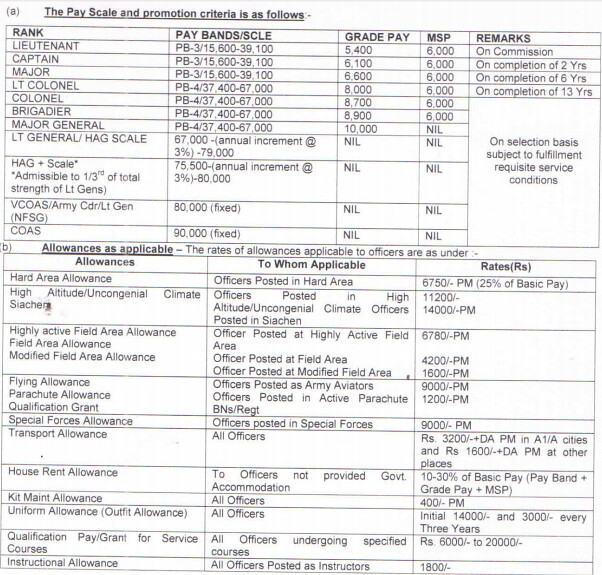