For Admission in Honours Some Special Condition for Admission in Honours Course Non-Eligibility
The candidates who have taken a leap of 5 years from the year of passing the previous qualifying examination are not allowed for admission.

The candidates need to apply for either of the two forms, that is Form A and Form B.

Form B: Students applying for undergraduate courses of studies having passed 10+2 level examination from boards other than WBCHSE/CBSE/ISC/NIOS/RABINDRA MUKTA VIDYALAYA, wherever necessary (along with a copy of Equivalence Certificate obtainable from C.U, wherever necessary).

Documents to be submitted

Download Application Form
(Link will be updated when available
)

The candidates who want to apply for admission into UG programs at Calcutta University need to pay the application fee as given below:

List of UG Courses Offered by University of Calcutta 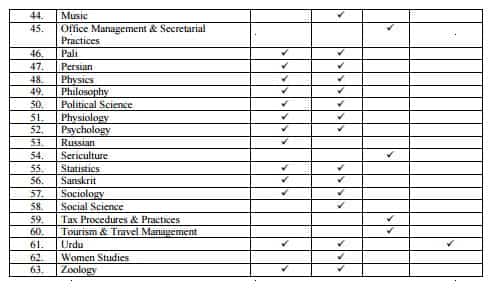