JEE Advanced 2019 Paper Analysis by ALLEN Experts -  This year JEE Advanced 2019 was held on 27 May 2019. The JEE Advanced exam was conducted by the Indian Institute of Technology (IIT) Roorkee. Mathematics was the toughest, Physics was of moderate level, Chemistry section was comparatively easier.

Sh. Brajesh Maheshwari, Director of Allen Career Institute said, the exam was conducted in the Computer Based Test (CBT) mode in morning and evening shift between 09:00 AM to 12:00 noon and 02:00 PM to 05:00 PM. According to the feedback of students obtained from a specially designed C Sat app by Allen, JEE Advanced 2019 paper was harder as compared to the previous years. Students found Physics and Mathematics paper tough while overall chemistry paper was easier. Paper II was harder than Paper 1. 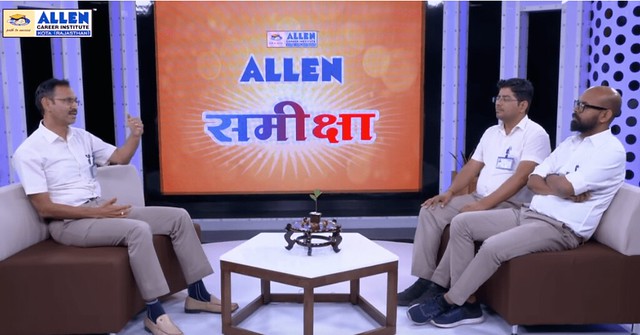 While the paper was similar to JEE Advanced 2018, but the technique of asking the questions was different. The paper was lengthy which consumed extra time. Solving the paper was easier for students who practised the problems of different difficulty level.

JEE Advanced recorded responses and question papers will be released between May 29 and June 1. The official answer key of JEE Advanced 2019 will be announced on June 4 and the results will be declared on June 14.