ICO Result 2019 has been declared by SOF after the ICO Answer key 2019 is released. The candidates can check their ICO Result by following the given link and entering their Roll Number and clicking on view result to get their ICO Result. 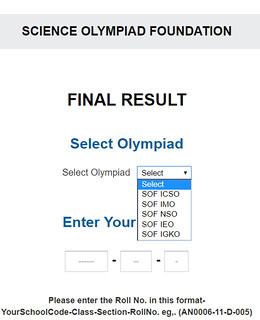 For more details on ICO Result 2019, you can write to us in the comment section below