Depression is merely anger without enthusiasm”

You don’t mostly see teenagers alone, they are thoroughly busy in some work and has this crowd surrounded around them always. They talk, laugh and seem to look normal but inside some of them there is a loneliness that is completely suppressed, an unexplainable sadness that they often feel within them. No one around them could possibly understand what that person is going through. There are many people in this world who feel just the same, who go through this same pain and often go unnoticed. They have depression which is the most common illness among the teens, it is a feeling that can on and off but rapid encounter to depressing situations can be considered as a destructive illness. Depression is fairly common in teens and younger children. Teenage depression isn’t just bad moods and the occasional melancholy—it’s a serious problem that affects every aspect of a teen’s life. Depression can destroy the very essence of a teenager’s personality, causing an overwhelming sense of sadness, despair, or anger. 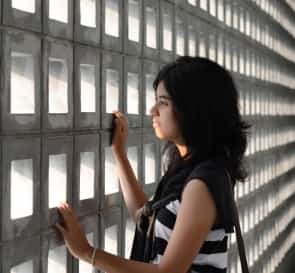 Image courtesy of Sira Anamwong at FreeDigitalPhotos.net (For cover pic of the article)

The catalyst of depression

People with this illness may have a number of biological, psychological and environmental factors responsible for their behavior. The world has become quite competitive now and standing firm in this race is now a compulsory aspect of life which often leads to stress. Teenagers now are exposed to various fields and the feeling of not being successful in any of the field gives birth to inferiority complex which is the most dangerous cause of depression among the teens. Teenagers under stress who have experienced any kind of loss are highly subjected to depression. The depression may be seen in teens who:

It may see as normal problems or people may call these situations, a part and parcel of life but it is a serious problem, particularly when there is consideration of high rate of depressions which may result into suicidal thoughts among teenagers.

It was thoroughly believed that the root of depression were the unexpressed feelings especially anger. Teens with a low self-esteem tend to be highly critical of them, and think negatively. An obsession with death, either suicidal thoughts or fears of death, is also a common symptom of teen depression. Peer pressure goes beyond just what their friends think of them. Teenagers have an overwhelming sense that they have to succeed. Along with these events, teenagers go through body changes, changes in thoughts, and changes in feelings. Strong feelings of stress in new ways influence a teenager’s problem solving and decision making abilities.

Teenagers when depressed usually do not attend functions and social gatherings and refrain to share their feelings with others and when their absence is not taken into account they become gloomier thinking that no one in the world needs or feels for them.

Depressed teenagers often become isolated from their family and friends, fail in school and may also fall into drugs and alcoholism. Teenage girls may suffer from health disorder and eating problems and boys may involve in dangerous and violent behavior. They may separate and see themselves from the world and feel persistent boredom and low energy. Usually now we can see teenagers are more interested in internet; depression may keep them more addicted and they may go online to escape their problems, making them more mortified and they may engage in dangerous and high-risk behaviours like excessive drinking, reckless driving or unsafe sex because of their uncontrolled loneliness. Other risk factors for depression include poverty, exposure to violence, having an antisocial peer group or being socially isolated, abuse victim, parental conflict, and family dissolution. Teens that have low physical activity, poor academic performance, or lose a relationship are at higher risk for depression. As the rate of depression rises the teen suicide rate also increases because according to the teens the ultimate solution for all the problems that the face is ending their life. So they wouldn’t face any problems further nor would they be the cause of anyone’s problem.

The symptoms of depression are always subtle and hard to identify, it would be considered as just a mood swing and they themselves are unaware of their depression. So it is the responsibility of the people in their lives to see the problem and confront them. Depressed teens usually abruptly stop doing things that they once loved to do; they get irritated easily at small things and their sleep and food habits follow a drastic change.

Some solutions to Fight Depression

Sometimes this illness starts very early and we often misunderstand it assuming that the child is moody or emotional but if left untreated a more serious depression may take place which can result into serious consequences. We can be the hope in their times of hopelessness by understanding their problems and its causes and effects. We need to look for that girl who is always unseen, the boy who is always been bullied, the fat person who is always been teased, the teenagers who are criticized; so we could show them that they are not alone and that they are loved too. Thus we can give a new promise to give new light on an illness that has kept lives on many teens in the dark.

Image courtesy of Sira Anamwong at FreeDigitalPhotos.net (For cover pic of the article)