ALLEN Career Institute organized a grand honouring & mentoring ceremony to reward the nationally / internationally acclaimed academically brilliant students from classes 3 to 10 of the country on Sunday 25 August 2019 at Samras Sabhagar, ALLEN Samunnat and rewarded them with exciting prizes. 80 champions from class 3 to 10 were given medals and cash prizes worth a1 41 Lac and 50 thousand

On this special occasion, students were honoured along with their Parents for commemorating their contribution to the child’s development. The top 3 students from each class were given gold medal whereas other students were given silver medal along with champion’s trophy. Students who have brought laurels to the nation in various International Olympiads were also awarded silver medals.

While addressing the people Chief Guest Sh. U.R. Singh said that "this is such a great platform to encourage and motivate the students. Such opportunities boost up the confidence of the students. It is highly appreciable that ALLEN is felicitating young talents of our nation."

Students who secured up to rank 10 in each class were felicitated with cash prizes medal, Champion’s Trophy. Students of Allen Pre-Nurture and Career Foundation Division were awarded prizes worth a1 4 lacs. 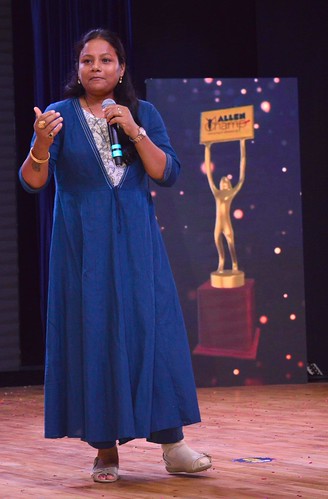 I want to encourage physically disabled people of the country

Padma Shri Arunima Sinha a former Indian volleyball player, mountaineer and the first female amputee to scale Mount Everest and Mount Vinson, said that no one can beat us if our spirits are high. Our weakness can become our strength. Set big goals and work hard to achieve them.

She further added Fear is our enemy; do not let it dominate you. I have climbed the peaks of the seven continents along with Mount Everest. My mother is the biggest source of strength. I want to become the support of disabled people of the country and replenish energy not only in our country but also in the world. I desire to open an academy in India where the physically disabled have the freedom to pursue their dreams, every facility will be provided to them. 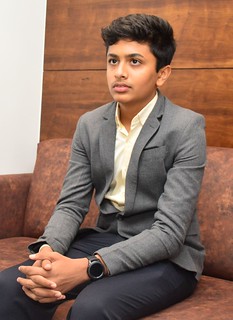 Tilak Mehta launched his company Papers N Parcels in 2017, to uberise courier services in the Mumbai city. He is the Youngest Panelist in Forbes Leadership & Youngest Wonderprenuer Awardee. He said that in today's scenarios we have the technology, which gives us the strength to think innovatively and move forward.  We should think differently and get involved in doing it. I have worked with Dabbawalas of Mumbai and now I aims to have a turnover of Rs 100 crore by 2020 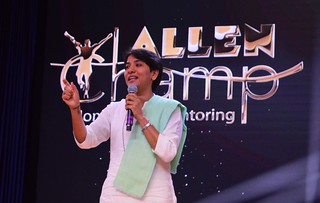 During the occasion Yoga, Guru Choti Guru Maa gave mantras to the students for doing self-analysis and practise yoga to keep themselves strong. 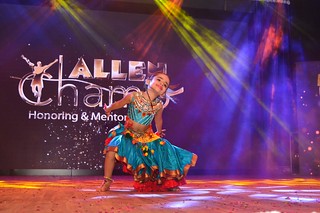